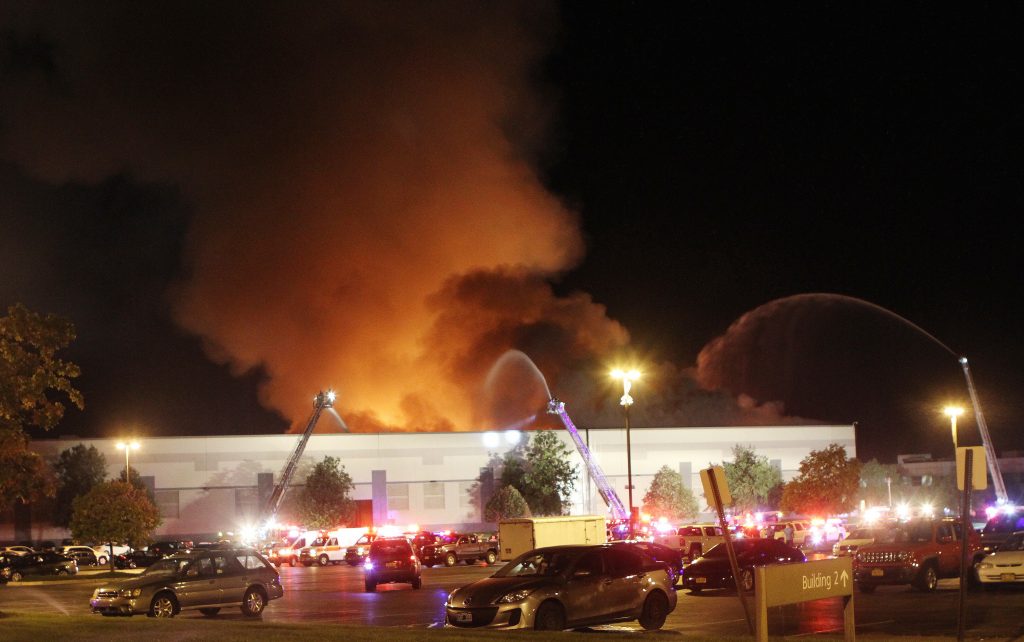 A massive blaze that ripped through a Gap Inc. distribution center in New York has been largely extinguished.

The facility opened in 2000 and expanded a year later. The San Francisco-based company announced plans in 2014 to add 1,200 jobs over a five-year period and invest $96 million into the distribution center.

It’s unclear what caused the blaze.