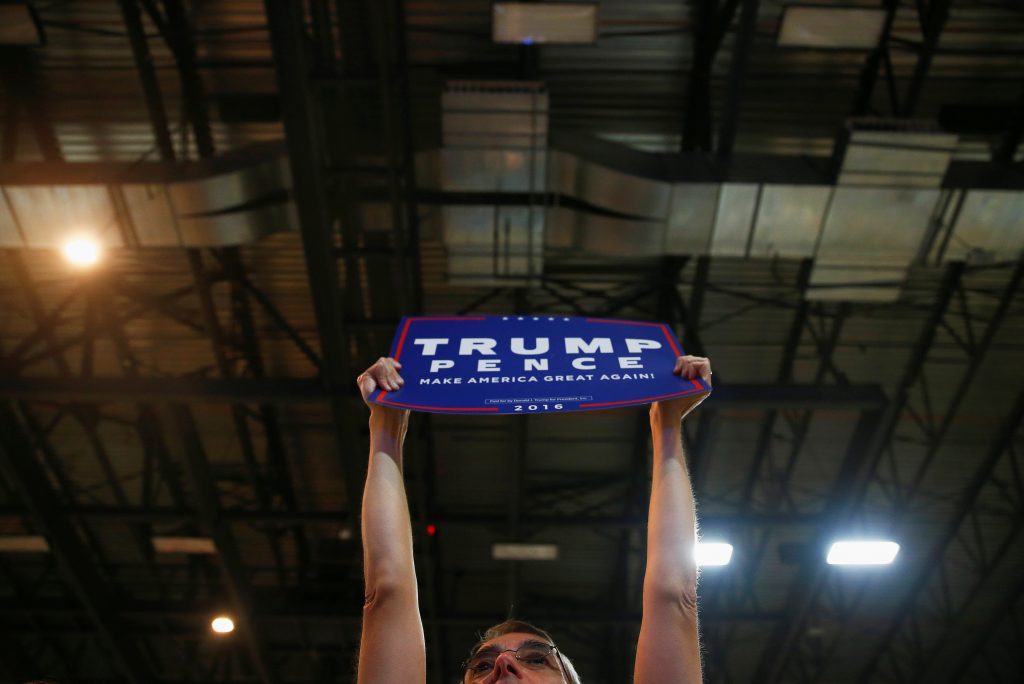 Donald Trump’s campaign is planning its biggest ad buy to date — upward of $10 million on commercials airing over the next week or so.

The campaign expects the ads to air as soon as Monday in nine swing states: Ohio, Pennsylvania, North Carolina and Florida, where the campaign has already been on the air, along with New Hampshire, Virginia, Iowa, Colorado and Nevada. 2012 Republican nominee Mitt Romney lost eight of those nine states.

Trump, the Republican presidential nominee, has so far been badly outspent by his Democratic rival, Hillary Clinton, and groups supporting her. Since clinching her party’s nomination in early June, Clinton has spent more than $77 million on media advertising, largely targeting voters in battleground states, according to Kantar Media’s political ad tracker.

Trump finally hit the airwaves earlier this month with an ad focused on immigration, and so far has only spent about $5 million.

The new investment comes amid signs that Trump’s lagging poll numbers may be improving against Clinton’s following a campaign reboot.

Trump senior communications adviser Jason Miller said in a statement that the billionaire businessman’s “positive message of economic opportunity is working and we see the national and battleground state polls all moving in the right direction.”

“With Hillary Clinton off the campaign trail yet again this week and continuing to take many communities’ votes for granted, we see this as the right time to show voters the benefits of an American economy under the leadership of Mr. Trump,” he added.

Clinton will be spending much of the week in private fundraisers in the Hamptons, the wealthy enclaves of eastern Long Island, New York.

Trump is also expected to unveil on Monday his second ad of the general election. It will focus on his economic message, contrasting his approach with Clinton’s.