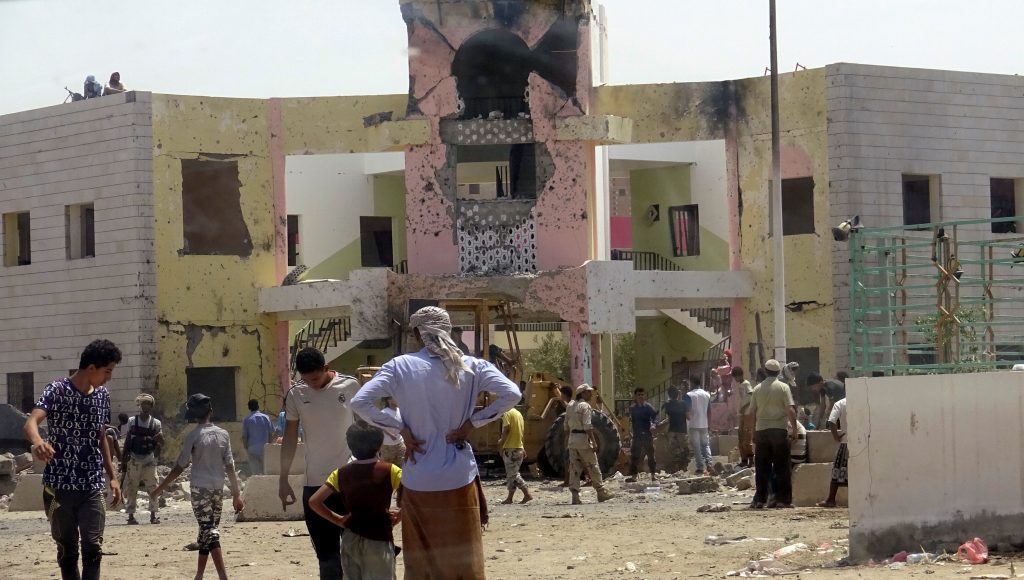 A suicide bomber killed at least 54 people when he drove a car bomb into a militia compound in Aden on Monday, the health ministry said, in one of the deadliest attacks claimed by the Islamic State terror group in the southern Yemeni port city.

The director general of Yemen’s health ministry in Aden, al-Khader Laswar, told Reuters that at least 67 other people were wounded in the attack in the city’s Mansoura district.

The Islamic State said in a statement carried by its Amaq news agency one of its suicide bombers carried out the bombing.

“Around 60 dead in a martyrdom operation by a fighter from Islamic State targeting a recruitment center in Aden city,” the statement said, without giving further details.

A security source said the attack targeted a school compound where conscripts of the Popular Committees, forces allied to the internationally recognized President Abd-Rabbu Mansour Hadi, were gathered for breakfast.

The blast rocked the area and sent debris flying and residents fleeing, one witness said.

Islamist terrorists have exploited an 18-month-old civil war between the Houthis and Hadi’s supporters and launched a series of attacks targeting senior officials, religious figures, security forces and compounds of the Saudi-led Arab military coalition which supports Hadi.