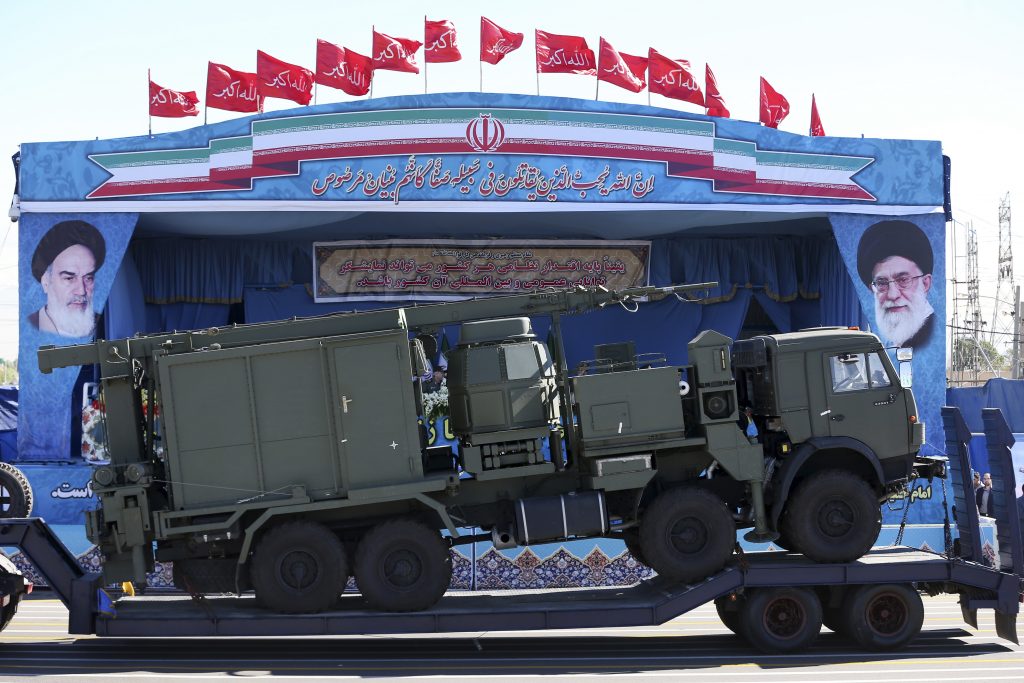 Video footage posted late Sunday on state media showed trucks arriving at the site and missile launchers being aimed skyward. It did not say whether the system was fully operational.

The large, underground facility is located in some 60 miles south of the capital, Tehran.

Russia began delivering the S-300 system to Iran earlier this year under a contract signed in 2007. The delivery had been held up by international sanctions over Iran’s nuclear program, which were lifted this year under an agreement with world powers.

“S-300 air-defense system is a defensive instrument, not offensive,” Iran’s Supreme Leader Ayatollah Ali Khamenei said earlier on Sunday. “But the Americans applied all their efforts for Iran not to have it.”

The Fordo site, built at a depth of 300 feet below a mountain, was revealed by Western nations in 2009.

Critics of Iran’s nuclear program pointed to Fordo as further proof of Tehran’s intention to secretly develop nuclear weapons. Iran insists it has never sought nuclear arms, and says the security around the site is intended to protect it from U.S. or Israeli airstrikes. Neither country has ruled out a military strike on Iran’s nuclear facilities.

Iran halted nuclear enrichment at Fordo under the landmark nuclear agreement and says the facility is now being used for research and the production of medical isotopes.

On Monday Iran inaugurated a new radar system it says is capable of detecting radar-evading aircraft like the U.S.-made U-2, RQ-4 and MQ-1, state media reported. They said the Nazir system is located in “the heart of desert” of Iran and is capable of detecting ballistic and cruise missiles, as well as drones flying at an altitude of over 9,800 feet.