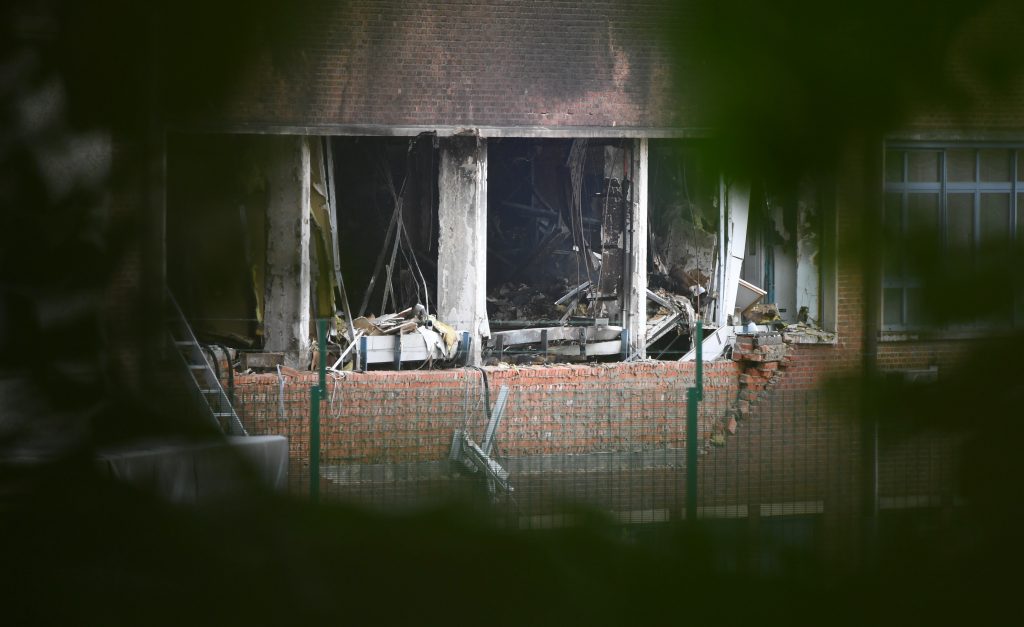 Five people were being held and questioned on Monday over a fire at the criminology institute in Brussels, a spokeswoman for the city’s prosecutors said.

Arsonists set fire to Belgium’s National Institute of Criminology in Brussels early on Monday, causing an explosion but no casualties.

“Five people were detained in the vicinity and are being heard,” the spokeswoman, Ine Van Wymersch, told a news conference.

“It’s probably not terrorism. It’s a criminal act,” said Van Wymersch. “I cannot confirm that there was any bomb.”

State broadcaster RTBF and other outlets reported that a car drove through a security barrier at the site about 2 a.m., followed by an explosion that caused significant damage to the facility on Brussels’ north side. Nobody was injured. The institute assists and advises Belgium’s justice authorities in carrying out their investigations.

Belgium has been on high alert since coordinated March 22 suicide bomb attacks on the Brussels airport and subway killed 32 people.