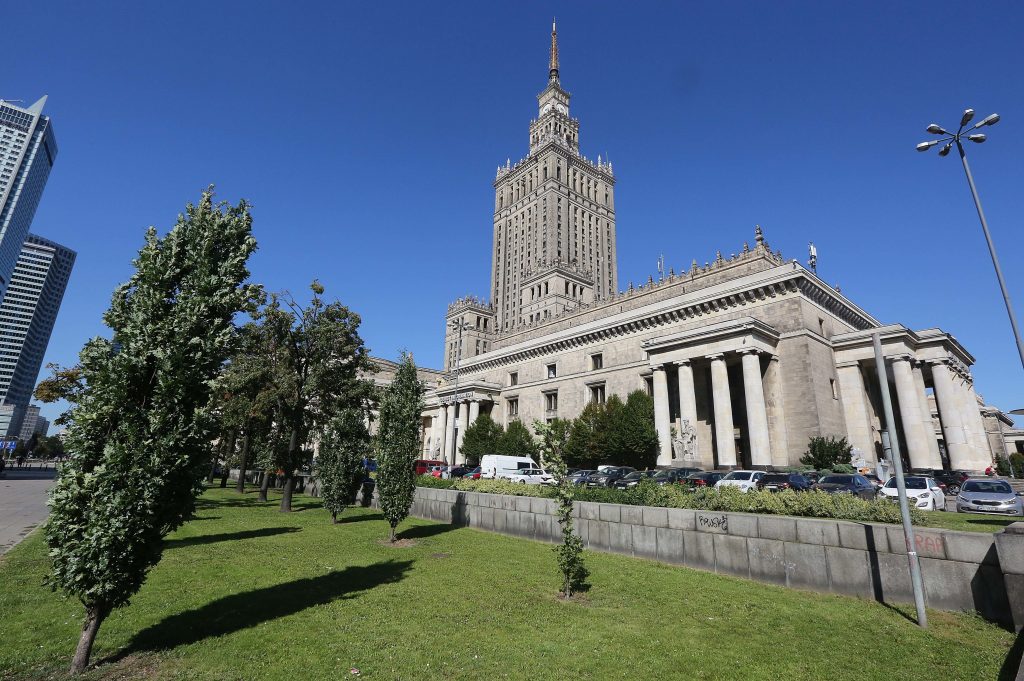 Warsaw’s mayor said Friday she was firing three officials for what she described as lax oversight over town hall decisions to return property seized by the communists to private owners.

Mayor Hanna Gronkiewicz-Waltz also said she wants a special commission to review every restitution decision in Warsaw since 1990, when claims for the return of seized real estate became possible after Poland’s transition to democracy.

By a 1945 decree, the state seized real estate from many pre-war owners, among them many Jews.

Poland now is the only nation in central and eastern Europe without official restitution legislation. Such claims are handled by the courts, which support or deny them. The decisions are then carried out by city officials, a practice that critics say leaves plenty of room for irregularities.

A legislation regulating some of the issues is to take effect in coming days.

Irregularities in the restitution of Warsaw’s private property have long been public knowledge, but this recently became a hot topic in the media amid an apparent political struggle for administrative control of the capital city.

Since 2006, Warsaw has been ruled by the centrist Civic Platform that is in the opposition now to the nationally governing Law and Justice party. Observers say the government is seeking to discredit the mayor and gain control, ahead of 2018 local elections.

The focus is on a downtown plot of land, by the landmark Palace of Culture and Science, which is valued at some 160 million zlotys ($42 million) that was returned to claimants who had bought rights to it from the family of its pre-war Danish owner. Experts say the restitution should not have taken place, because in the 1950s Poland paid compensation to Denmark for property seized from Danish citizens.

In the period since 1990, most Warsaw mayors have been linked to parties that gave rise to the Civic Platform, except for in the period between 2002 and 2005 when Law and Justice ran the city and also issued some restitution decisions.

Gronkiewicz-Waltz said she bears no responsibility for the irregularities, but fired three officials who were in charge of issuing restitution decisions, saying they failed in “diligence and accuracy” in checking facts before they approved the return of the downtown plot and of other property.

The situation is further complicated by the fact that many buildings and ownership documents were destroyed in World War II and many Jewish owners were killed in the Holocaust.

Jan Spiewak, a city councilor and head of the “City is Ours” activist group, told The Associated Press he believes many of the decisions, which hurt tenants in restituted houses, were taken consciously by city officials who might have drawn personal gains from them.