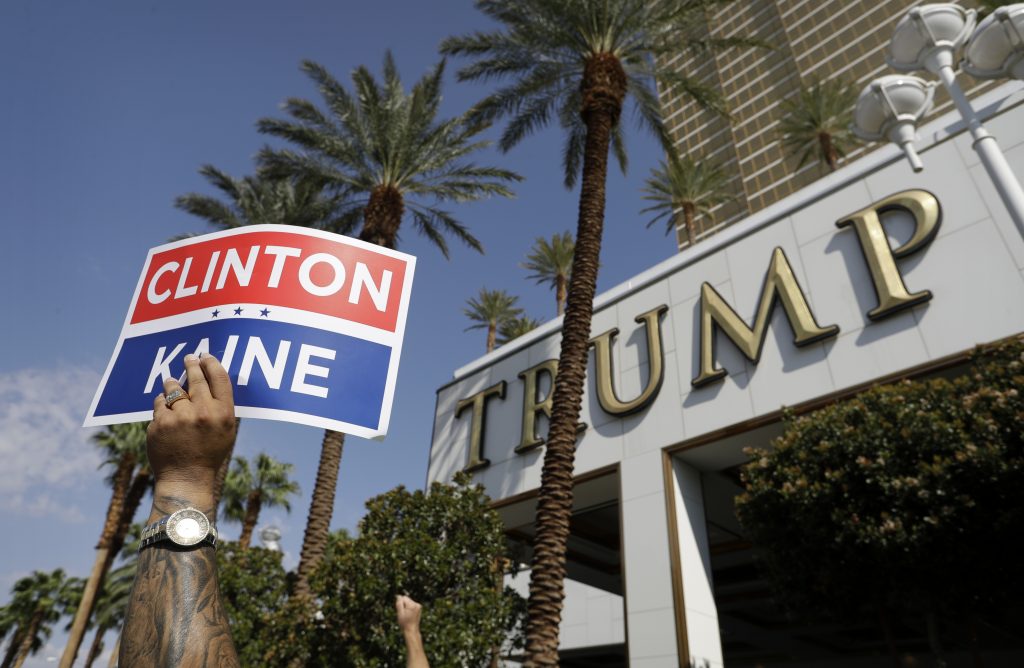 Russ Wheeler bears the financial scars of Nevada’s lost decade, and he hopes Donald Trump can heal them.

He worked for a Las Vegas roofing company when the real estate bust crushed the state’s economy. He took two pay cuts before getting laid off. He had to commute into the California desert to find work after that.

Wheeler considers himself one of the lucky ones. He was able to build up enough savings to retire, but even now his wife had her teaching hours reduced at a community college, dramatically reducing their household’s income.

“It’ll be better with Trump because he’ll bring the jobs back,” Wheeler, 66, said as he stopped by a Republican Party office to scoop up some “Make America Great Again” yard signs and bumper stickers. “Everybody I know is a Trump supporter. He resonates well in Nevada.”

Nevada is the most diverse battleground state. On paper, it should be secure for Democrats. But there are enough people like Wheeler, still rattled by the recession and frustrated about other things, to make it one of Trump’s best swing states.

Democrats and Republicans agree that the state’s competitiveness is not just a quirk of public polling, which has a spotty track record in Nevada, but is reflected in private surveys, the tightness of Nevada’s races for the U.S. Senate and House, and the observations of seasoned political operatives.

Nevada also has one of the lowest rates of college education in the country, with only 23 percent of its population having graduated college, giving Trump a reservoir of noncollege graduates that traditionally form his base. And the state’s anti-establishment streak and rebellious culture may prove a good fit for the brash New York developer. “In Nevada, we have this mindset of it’s us versus the world,” said Charles Munoz, Trump’s state director. “It’s the perfect storm of policy and messaging.”

The state has become a presidential bellwether, voting for the winning candidate in every election since 1980.