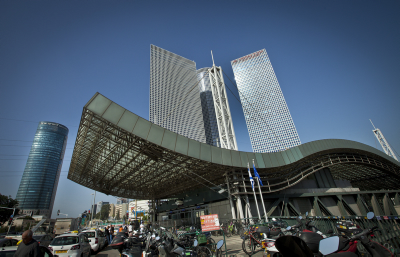 Responding to demands by chareidi MKs that Prime Minister Binyamin Netanyahu fire him, Transport Minister Yisrael Katz said Sunday morning that his decision to allow work to be done on Israel Railways lines over Shabbos was the correct one. Speaking on Army Radio, Katz said that he “did not agree to allow any work to be done that could have been done during the week.”

He said, “I relied on a police report which stated that the work that was carried out would have endangered lives and caused a great deal of economic damage had it been conducted on weekdays.

“As transport minister I am empowered to make such decisions,” Katz continued. “These things have happened in the past, and they will continue to happen as long as the law remains as is. I recommend that all politicians take a step back and refrain from getting involved in day-to-day affairs. I am a traditional person and I am very careful about enforcing the status quo on religious observance, as well as laws relating to rest and time off. But these things demand compromise from all sides. This work could not have been done during the week,” he added.

On Friday, chareidi MKs railed against the planned maintenance and expansion of Israel Railway lines in the Tel Aviv area in order to accommodate the Tel Aviv light rail, currently under construction, that took place on Shabbos, and threatened to break up the coalition over the matter. Netanyahu intervened, ordering that some of the work be suspended, but allowing work that had been determined to be “lifesaving” to proceed. Police had said that postponing the work to a weekday would cause a “danger to life” because it would entail shutting down main highways in Tel Aviv, and emergency vehicles and ambulances would not be able to get through.

But on Motzoei Shabbos, chareidi MKs gathered to protest the work, claiming that it had gone far beyond the pikuach nefesh that had been promised. The MKs were demanding that Prime Minister Binyamin Netanyahu fire Transport Minister Yisrael Katz, whom they said misled them, Channel Two said. MK Rabbi Moshe Gafni (United Torah Judaism) said that unlike what Katz claimed, “this work could have been done on a weekday. We never agreed that it should take place on Shabbos. Apparently, lying is one of Katz’s areas of expertise. We have seen this in recent months in other areas, as he lies to advance his political goals.”

According to Deputy Education Minister Rabbi Meir Porush (UTJ), “they presented this as a ‘lifesaving matter’ and necessary under the circumstances. If the prime minister wants us to remain in the coalition he must learn what the concept of ‘lifesaving’ (pikuach nefesh) means halachically. This was very much not the case in the work that took place in Tel Aviv.”

On Sunday, UTJ MK Rabbi Asher told Army Radio that his fellow MKs did not believe the police’s opinion, after having reviewed what it considered “lifesaving.” The chareidi MKs had not agreed to the work which took place. “They presented us with a finished picture that we could not investigate in advance. Shabbos is not a matter of politics, certainly not as far as we are concerned.”

Also speaking to Army Radio was coalition chairman MK David Bitan (Likud), who expressed hope that the matter would not turn into a coalition crisis. Bitan defended Katz, saying that he was doing a fine job as transport minister. “The chareidim will not decide who will be a Likud minister,” he said. “This demand that Katz be fired is unacceptable. The chareidim will never agree to allow work to be done on Shabbos. The struggle is not about what has happened, but to set criteria for the future.”

Bitan did have one criticism of Katz, saying that a press conference he held immediately after Shabbos was “unnecessary. What’s needed now is to calm matters. We are committed to the status quo, but that does not mean we cannot do anything on Shabbos. There are many activities going on on Shabbos, depending on the city. If the chareidim have any problem with such work they should discuss it with us.”

On Motzoei Shabbos, at the press conference Katz held at the site of the work, at the Hashalom train station in Tel Aviv, he declared that he had not “folded in the face of pressure to cancel the work, despite the pressure on me. I respect the chareidi parties and their voters but it was impossible to postpone this work until the middle of the week. I am happy that they accepted this position and realized that there was no choice but to carry out the work.”