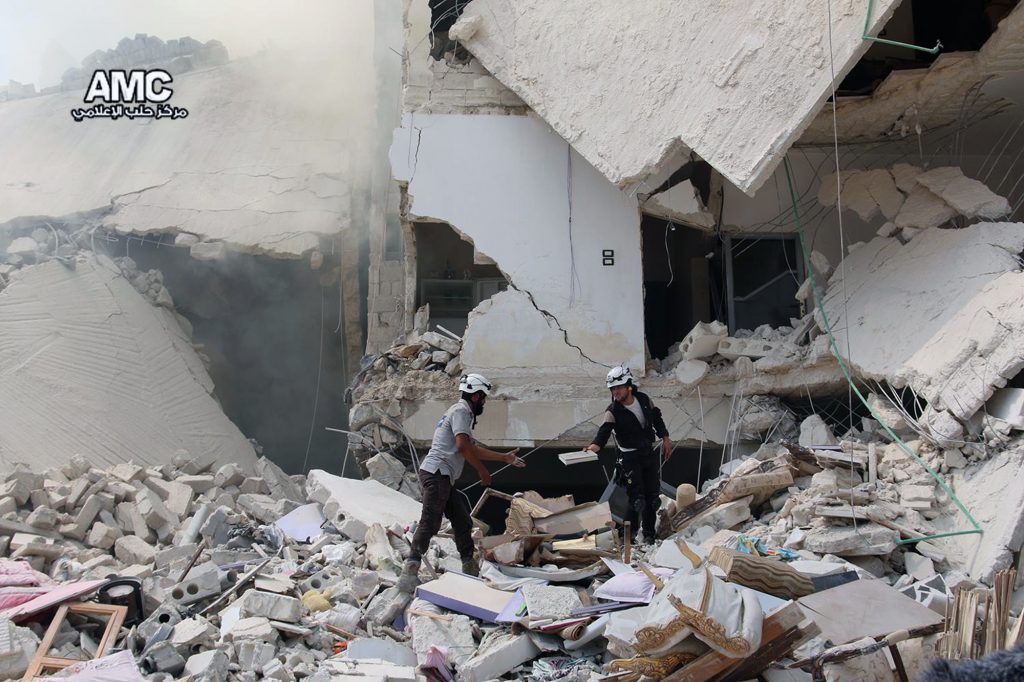 At least 16 people were killed Saturday when unidentified helicopters dropped barrels packed with explosives on a gathering of mourners in the divided city of Aleppo in northern Syria, a monitoring group reported.

The explosives, known as barrel bombs, were dropped on the rebel-held neighbourhood of Bab al-Neirab on the outskirts of Aleppo, the Syrian Observatory for Human Rights said.

The victims were mourning 15 people, including 11 children, who had been killed in an air attack two days earlier in the same district.

Aleppo, Syria’s prewar commercial hub, has been divided between forces of Syrian President Bashar Assad in the west and rebels to the east since fighting erupted for the control of the city in mid-2012.