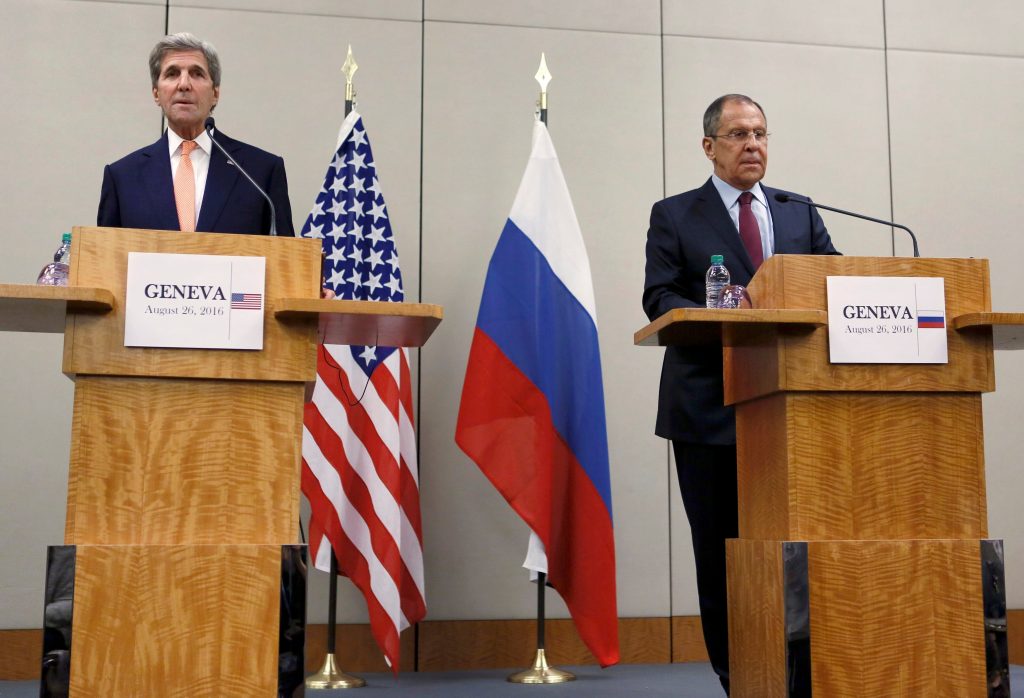 The United States and Russia failed on Friday to reach a breakthrough deal on military cooperation and a nationwide cessation of hostilities in Syria, saying they still have issues to resolve before an agreement could be announced.

U.S. Secretary of State John Kerry and Russian Foreign Minister Sergei Lavrov, addressing a joint news conference after more than nine hours of off-and-on talks in Geneva, said teams from both sides would try to finalize details in the coming days in the Swiss city.

Kerry said the talks with Lavrov had “achieved clarity on the path forward,” but together they offered few details on how they planned to renew a February cessation of hostilities and improve humanitarian assistance.

“We don’t want to have a deal for the sake of the deal,” Kerry said. “We want to have something done that is effective and that works for the people of Syria, that makes the region more stable and secure, and that brings us to the table here in Geneva to find a political solution.”

The talks have been complicated since initial meetings in July by new government attacks on opposition groups, and a significant offensive in the southern part of the divided city of Aleppo led by opposition fighters intermingled with the Nusra Front, an al-Qaida affiliate also seeking to topple Russian-backed President Bashar al-Assad.

In the days ahead, the technical teams, which include U.S. and Russian military and intelligence experts, will try to figure out ways to separate the opposition groups, backed by the United States and Gulf Arab countries, from the jihadis.

It was unclear after Friday’s meetings whether all the outstanding issues could be resolved between Moscow and Washington, which back opposing parties in the Syrian conflict. The United States has insisted that the Syrian air force, which has dropped barrel bombs and chlorine on residential areas, be grounded, but Lavrov said on Friday that was not the goal.

Assad’s future is not part of the current talks. Instead, discussions are focused on finding an effective and lasting solution to end the violence, which would open negotiations on a political transition in Syria.

“If the remaining details can be completed, we believe we will be able to address the two primary challenges to the cessation of hostilities – the regime violations and the increasing influence of the al-Nusra Front,” Kerry said.

Kerry believes the plan is the best chance to limit fighting that is driving thousands of Syrians into exile in Europe and preventing humanitarian aid from reaching tens of thousands more.

The talks came as opposition groups effectively surrendered the Damascus suburb of Daraya to the government after a grueling four-year siege.

Kerry said the Syrian regime had “forced the surrender” of Daraya in contravention of the February cessation of hostilities agreement, but Lavrov said the local accord was an “example” that should be “replicated.”

The Russian foreign minister said another besieged area was “interested in such an operation with mediation of the Russian Federation.” He did not name the area.

Residents and insurgents in Daraya began to leave the besieged area where civilians have been trapped since 2012 and the U.N. and the International Committee of the Red Cross expressed concern for their safety.