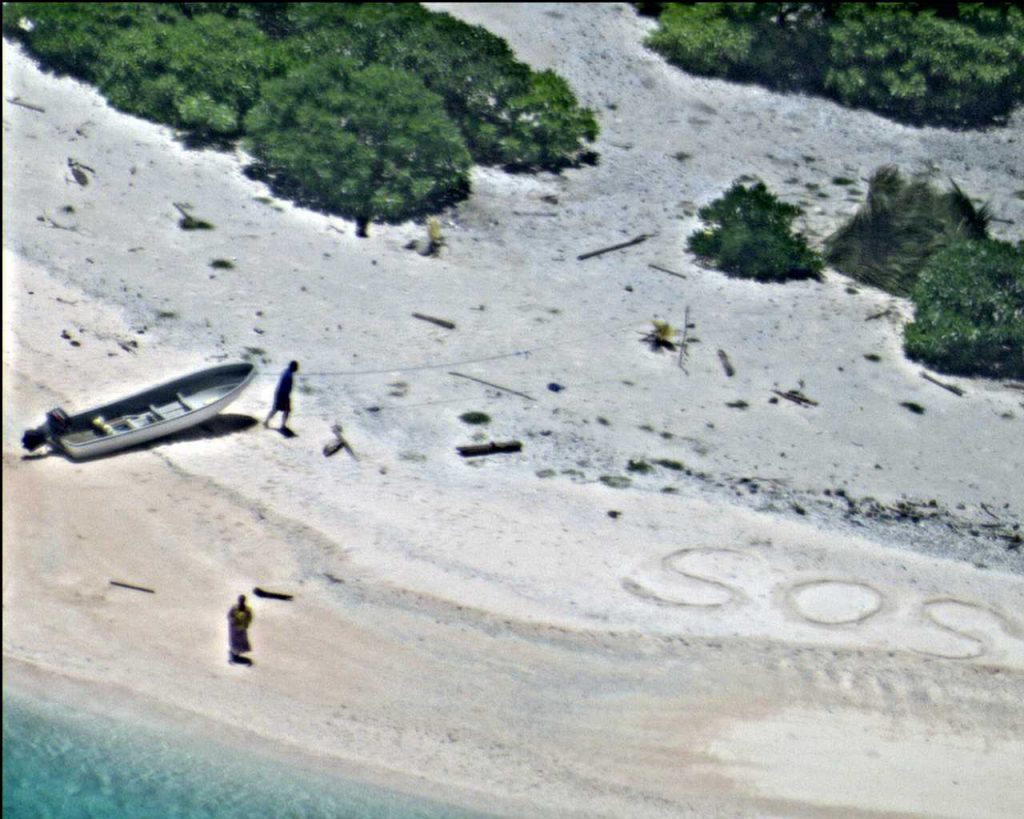 The U.S. Coast Guard says two stranded mariners were rescued Friday after crews saw their “SOS” in the sand on an uninhabited island in Micronesia, Hawaii News Now reports.

A U.S. Navy aircraft crew spotted the pair on the beach and gave their location to the Coast Guard in Guam. Hawaii News Now says the two, who had no emergency equipment, were picked up and taken to a patrol boat.

The Coast Guard received a report about the couple’s 18-foot vessel going missing on Aug. 19. Hawaii News Now says the two departed Weno Island on Aug. 17, and they were expected to arrive at their destination at Tamatam Island the next day.

Hawaii News Now says that on Wednesday, a ship noticed flashing lights from the uninhabited Chuuk State island where the two were later found. The U.S. Navy was alerted and spotted the survivors on the beach.