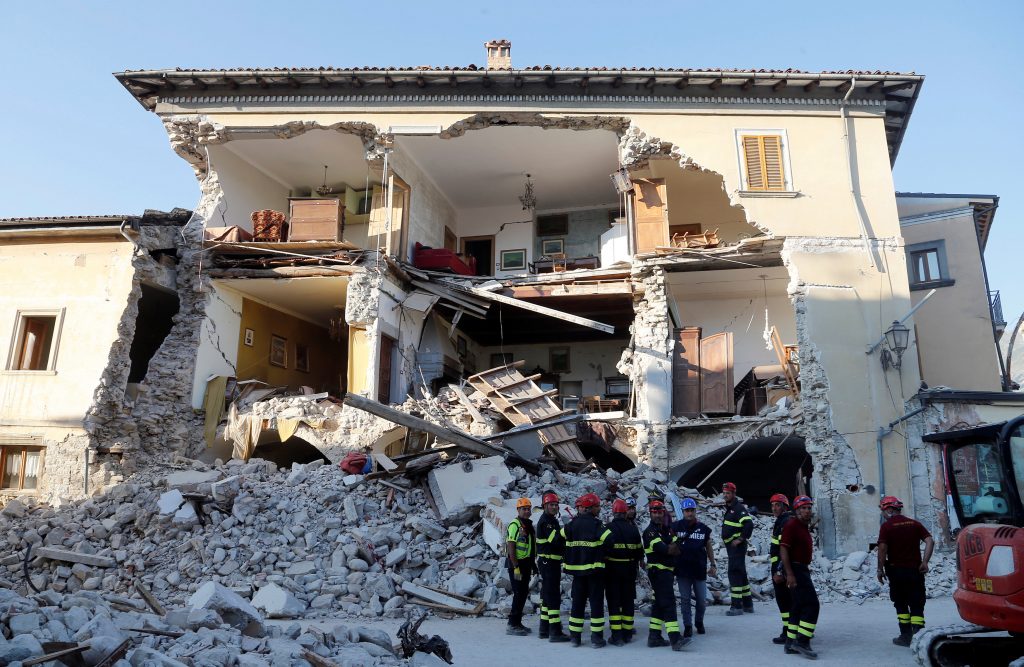 Victims of Wednesday’s earthquake in central Italy were given state funerals on Saturday, a day of national mourning on which the provisional death toll from the quake rose to 291.

The magnitude-6 quake struck a rugged mountain area between the regions of Umbria, Lazio and Marche, roughly 90 miles northeast of Rome.

Amatrice was the worst-affected town, with 230 dead. There were 11 victims in nearby Accumoli and 50 in Arquata del Tronto, including a man who died in a hospital on Saturday, Italy’s civil defense agency said in a statement.

In the provincial capital of Ascoli Piceno, a funeral for 35 victims was held, including one for the sister of Giorgia, the four-year-old girl who survived 16 hours under the rubble until she was rescued.

President Sergio Mattarella and Prime Minister Matteo Renzi attended the funeral. At the end, they stayed on to consult local authorities and talk individually to grieving relatives.

The 35 were among the 50 dead from Arquata. Amatrice, where rescuers were still looking for people under the rubble, was due to hold its own memorial service on Tuesday, while private funerals have been held in Rome and elsewhere.

Mattarella started the day flying by helicopter to Amatrice, the town with the highest death count. He then made a stopover in Accumoli and, after the funeral, visited more survivors at the hospital of Ascoli Piceno, including little Giorgia.

Flags on public buildings across Italy were flown at half mast.

The Protezione Civile (Civilian Protection) said aftershocks were continuing to plague the earthquake area. More than 1,300 had been counted since Wednesday, including 92 starting overnight Saturday, which did not cause any additional damage.

About 2,500 people were left homeless by the quake, and authorities said the priority was to allow them to continue living in their communities, where basic services and accommodations will have to be provided by temporary structures.

On Friday, Mayor Sergio Pirozzi said wooden houses would be built near destroyed buildings in Amatrice to stop it from turning into a ghost town, while the government in Rome pledged to reopen schools as soon as possible “to give a signal” that life would continue.