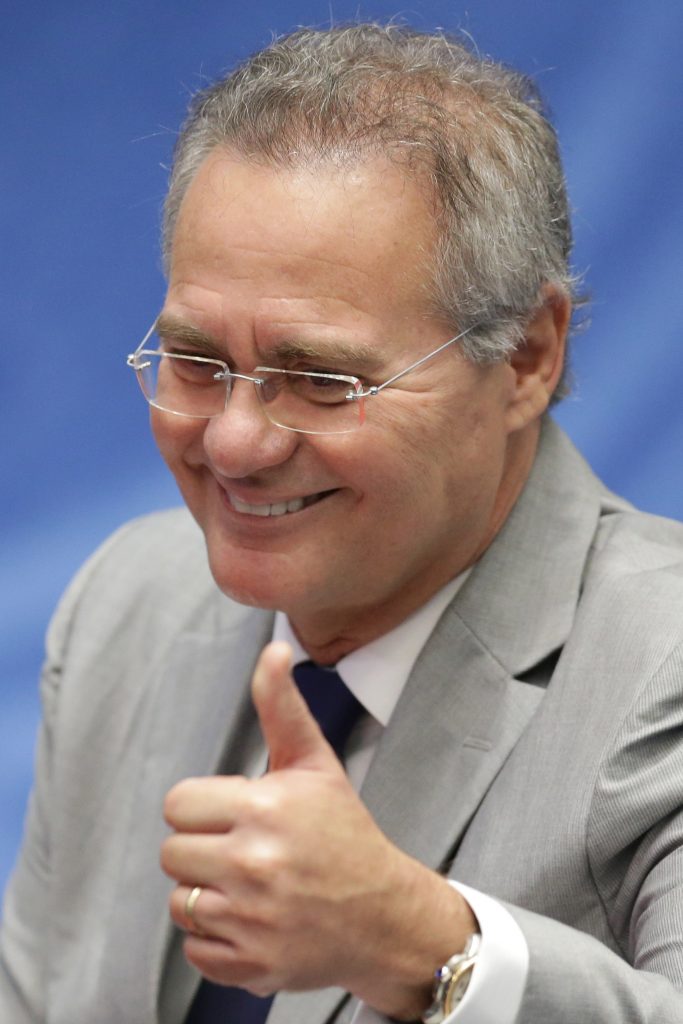 A trial against Brazil’s president turned into a yelling match and was temporarily suspended on Friday after the head of Senate declared “stupidity is endless” and sharply criticized a colleague who had questioned the body’s moral authority.

The second day of the trial against President Dilma Rousseff got off to an edgy start when Senate President Renan Calheiros decided to bring up a comment made on Thursday by Sen. Gleisi Hoffmann, a member of Rousseff’s Workers’ Party.

Hoffmann, who like many in the Senate and lower Chamber of Deputies is being investigated for corruption, had declared that “no one here” had the moral standing to judge Rousseff.

“It can’t be that a senator is saying things like this,” said Calheiros, who later added: “I am very sad because this session is, above all, a statement that stupidity is endless.”

In a bizarre and heated exchange with Hoffmann and other senators, Calheiros said he had asked the Supreme Federal Tribunal, the country’s highest court, not to raid Hoffmann’s home, apparently trying to make the point that federal lawmakers should not be persecuted arbitrarily.

Only the high court can decide to investigate, arrest or prosecute federal lawmakers. Police are investigating whether Hoffmann and her husband received kickbacks from state oil company Petrobras in the form of campaign contributions. They deny wrongdoing.

Calheiros’s comments provoked gasps of surprise in the Senate, and are likely to raise questions about his relationship with justices on the high court, who are supposed to be independent.

With several senators shouting at once, Chief Justice Ricardo Lewandowski called for a five minute recess, then changed his mind and said the body would instead return after lunch.

Witnesses for Rousseff’s defense were expected to testify Friday after the prosecution dominated Thursday’s session.

Rousseff, in the middle of her second term, is accused of breaking fiscal rules in her management of the federal budget. She denies wrongdoing and argues that her enemies are carrying out a “coup d’état.”

Several days of debate, including an address by Rousseff on Monday, will culminate in a vote on whether to permanently remove her from office.

The Senate voted in May to impeach and suspend her for up to 180 days while the trial could be prepared.

Vice President Michel Temer took over in May. If Rousseff is removed, Temer will serve the rest of her term through 2018.