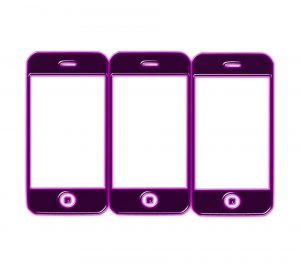 A 34-year-old Ramle man who stole dozens of cell phones in recent months was arrested, police said Thursday. According to police, the man was in addition responsible for a series of fraud-related crimes, break-ins to homes and businesses, and other crimes. He was arrested earlier this week and has confessed to his crimes.

Police in recent months received dozens of complaints of the theft of their cell phones, with most of the reports centered on the city of Lod. Many of the victims described a similar scenario: A stranger stopped them and frantically asked to use their phone to make an emergency call, and when they responded positively, the thief took the phone and started running. In most cases the victims were in no physical shape to pursue the thief.

In other cases, the thief would simply grab phones out of purses or bags that owners had left unatteded for a few moments.

In the wake of the reports, police increased their patrols and eventually caught the thief in action. Police plan to seek an extension to his remand. He is to be indicted on dozens of counts of fraud, theft, and other related charges, police said.