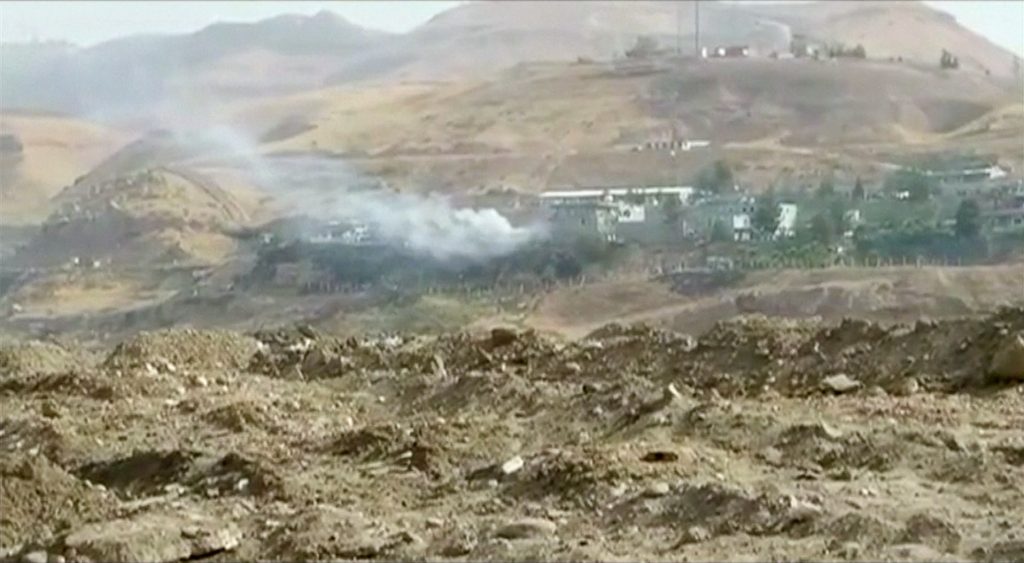 A car bomb at a police headquarters in Turkey’s largely Kurdish southeast killed at least eleven and wounded dozens on Thursday, officials said, two days after Turkey launched an incursion against Islamic State and Kurdish terrorists in Syria.

The state-run Anadolu news agency blamed the attack on the Kurdistan Workers Party (PKK), a terror group which has waged a three-decade insurgency for Kurdish autonomy and has been involved in almost daily clashes with security forces since a ceasefire collapsed more than a year ago.

Large plumes of smoke billowed from the site in Cizre, located in Turkey’s Sirnak province bordering both Syria and Iraq, footage on CNN Turk showed. The broadcaster said a dozen ambulances and two helicopters had been sent to the scene.

Hospital sources initially told Reuters that nine people were killed and 64 wounded, but an official later said the toll was eight. It was not clear whether the casualties were civilians or police officers.

Photographs broadcast by private channel NTV showed a large three-floor building reduced to its concrete shell, with no walls or windows, and surrounded by grey rubble.

Turkish special forces, tanks and warplanes launched their first major incursion into Syria on Wednesday in support of Syrian rebels, in an operation President Tayyip Erdogan has said is aimed both at driving Islamic State away from the border area and preventing territorial gains by the Kurdish YPG militia.

Turkey views the YPG as an extension of the PKK, which is listed as a terrorist organization by Turkey, the United States and the European Union. More than 40,000 people, mostly Kurds, have died since the rebels took up arms in Turkey in 1984.

The government has blamed the PKK for a series of terror attacks this month in the southeast. The group has claimed responsibility for at least one attack on a police station.