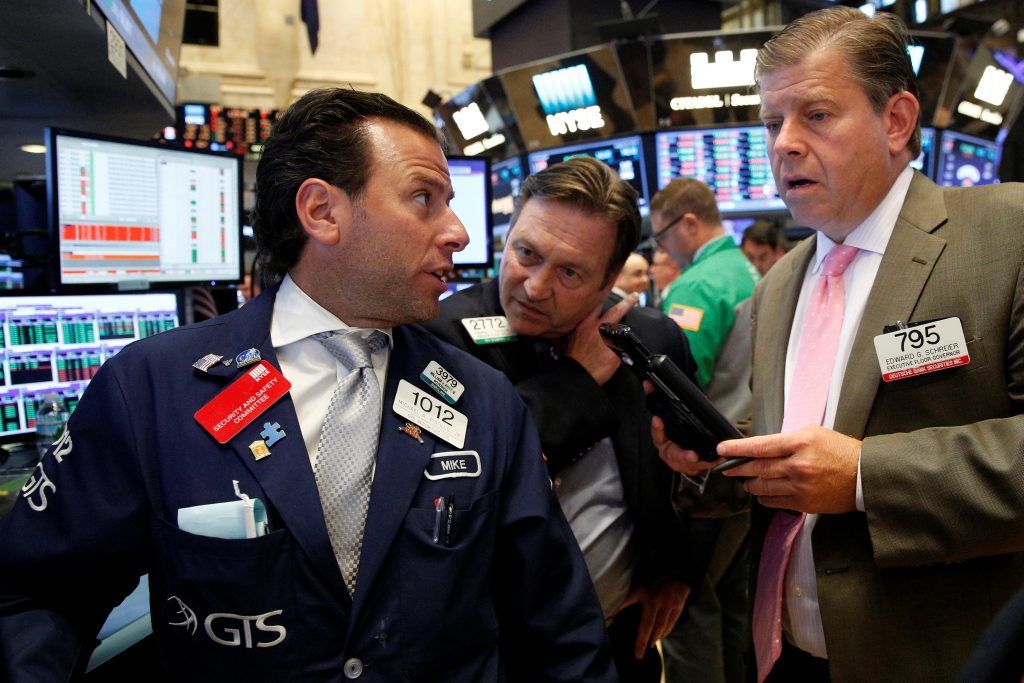 Stocks are wavering between gains and losses in midday trading Thursday as investors sift through a handful of earnings reports. Drug company Mylan rose, but Signet Jewelers and Dollar General fell after the retailers reported quarterly results that disappointed investors.

PRINTER JAM: Computer and printer maker HP fell 19 cents, or 1.3 percent, to $14.21 after it beat expectations for its fiscal third quarter earnings but gave an outlook for the current quarter results that disappointed.

ADRENALINE BOOST: EpiPen maker Mylan rose 91 cents, or 2 percent, to $44.06, after two days of steep drops in the face of heated criticism over price hikes for its EpiPen emergency allergy treatment. The company announced Thursday that it is bulking up programs that help patients pay for the drug.

LITTLE TRADING: Stocks have been flitting between gains and losses in recent days on very little trading volume. On Monday, the number of shares trading hands on the New York Stock Exchange hit the lowest level so far this year.

THE QUOTE: Many traders are on vacation and “we’re mostly finished with earnings season and we don’t have a lot of economic news,” said Joseph Tanious, senior investment strategist at Bessemer Trust. “We’re in an information vacuum.”

ORDERS INCREASE: Orders to U.S. factories for big-ticket manufactured goods surged in July, lifted in part by the biggest increase in orders in a key investment category since January. The Commerce Department says that orders for durable goods jumped 4.4 percent in July, partly due to increase in demand for commercial aircraft.