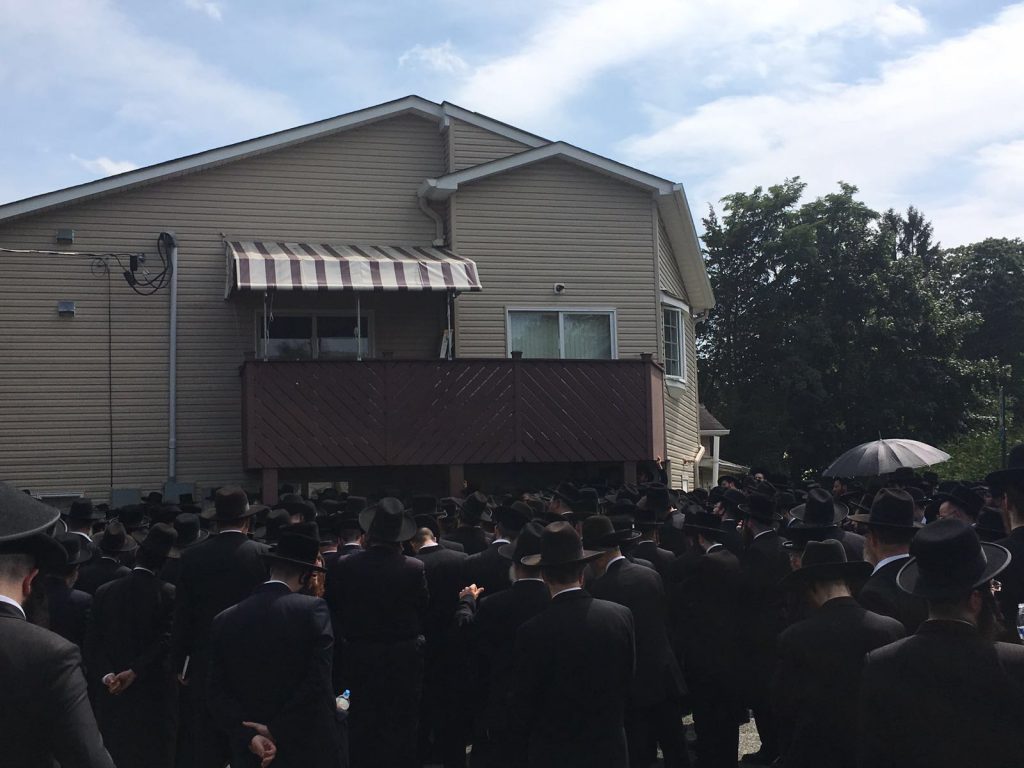 Heartbreak and mourning descended upon the worldwide Jewish community Thursday with news of the petirah of Shaindel Mashinsky, a”h, 18, struck by a vehicle Wednesday night while crossing an intersection in Monsey.

Miss Mashinsky is the daughter of Harav Yosef Nachman Mashinsky, the Menahel of Yeshvah Bais Dovid’s elementary school and a leader of one of the community’s major chessed organizations, Kupath Ezra. She is the granddaughter of Harav Hershel Mashinsky, zt”l, celebrated mechanech and baal chessed. The nifteres was remembered for her tremendous yiras Shamayim and natural simchas hachaim.

This is not the first tragedy to strike the family, as Miss Mashinsky’s mother, Mrs. Briendel Leah Mashinsky, a”h, was niftar 12 years ago at a young age.

Miss Mashinsky was crossing Route 59 near Augusta Drive at around 9 p.m. on Wednesday evening when she was hit by a car. Hatzolah responded to the scene and she was rushed to Westchester Trauma Center where doctors worked through the night to try to save her life. Upon the guidance of the Skulener Rebbe, shlita, the name “Alte” was added to her name, and many tefillos were recited on her behalf. Tragically, she was niftar from her injuries early Thursday morning.

The nifteres had just recently graduated from Bais Rochel High School and was expecting to begin seminary in less than three weeks.

Despite the challenges of her early years, she was known for her happy and friendly demeanor, beloved by her classmates. Miss Mashinsky was a model of tznius and was especially meticulous in the halachos of lashon hara. Avoiding the dangers of modern technology was also an area in which she was a model to others and, as a practice, she would not even look at images on the phones or devices of others.

Thursday afternoon a large and heartbroken crowd gathered at Khal Avreichim, under the leadership of Harav Chaim Feivel Shneebalg, to bid a tearful farewell to Shaindel Mashinsky.

Rav Shneebalg began his hesped by saying there are no words that can give comfort in such a tragic situation. He spoke of the nifteres’s noble qualities, including her dedication to tefillah, and implored her friends and classmates to take steps to strengthen themselves in tznius in her memory.

“People say, ‘What a tragedy for her to leave the world without children.’ She was orphaned at five and even so brought so much simchah into her home and to her siblings, her strength helped to raise them, these are her children.”

The levayah then continued to the beis hachaim in New Square, for kevurah, the same beis hachaim where Miss Mashinsky’s mother is also buried.