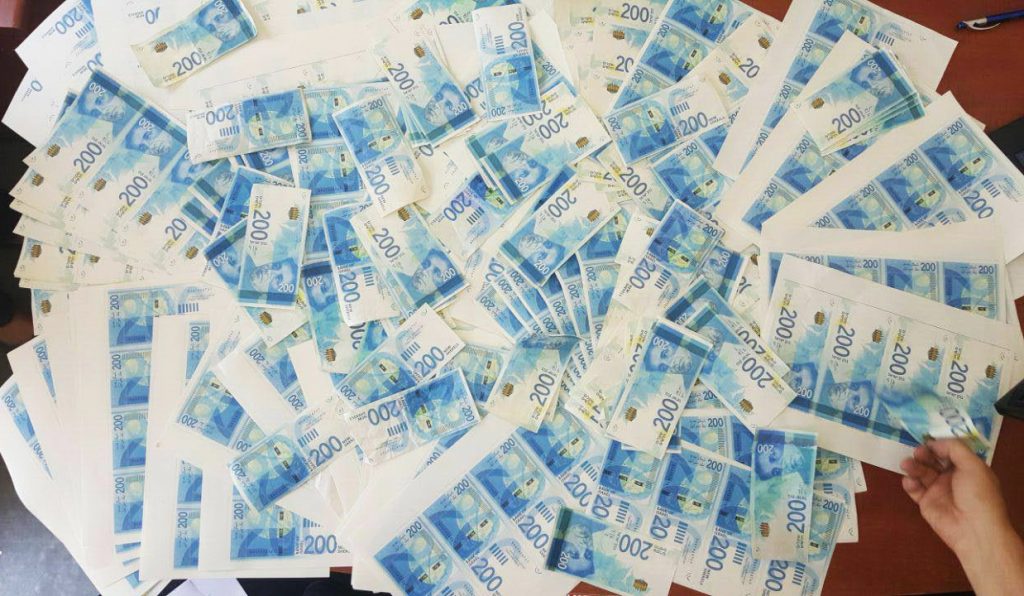 Two residents of the village of Shazur, near the northern Israeli community of Carmiel, were arrested Thursday on charges of running an illegal currency counterfeiting operation. The operation was discovered after police traced phony bills to a house in the village, where they found a printing press.

Along with the printing press, police discovered currency-grade paper, ink, computers, high-resolution copy machines, and other sophisticated equipment which bespoke an extensive operation, possibly funded by foreign interests. Police have opened an investigation into the background of the scheme.

The counterfeiters specialized in NIS 200 bills and U.S. $100 bills – both of which were recently redesigned to make counterfeiting more difficult. Police did not indicate how many of the bills were successfully passed.

Police said in a statement that besides being a felony, counterfeiting wreaked havoc with the economy and caused great damage to the public. In some cases, they said, counterfeiting “has caused the collapse of entire families.”