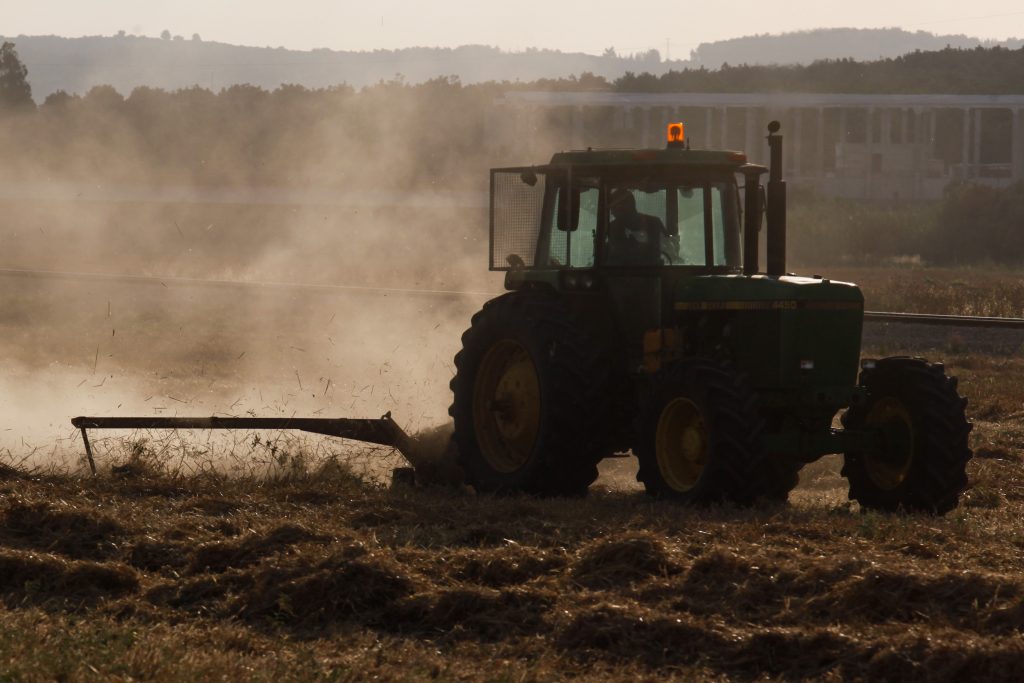 A legal aid group has formed to advise and assist Israeli farmers who face theft, vandalism, trespassing and even protection rackets but have received little help from the police.

Regavim established “Farmers at the Front” to inform farmers around the country of their legal options and help them to avail themselves of them.

Yishai Chemo, Regavim’s northern district coordinator, told Arutz Sheva: “We set up ‘Farmers at the Front’ due to the situation where farmers are having to deal with incessant agricultural crime. The name reflects the situation on the ground and we offer legal advice to farmers. Our field coordinators travel around and meet with the farmers. They hear their problems and decide whether to open proceedings. If this is the case we transfer the case to lawyers who deal with the authorities, the farmers and sometimes with the criminals themselves.”

Chemo explained that the phenomenon of farmers giving up when the police do nothing is very widespread. “We saw that our guidance is very helpful. A farmer could hire a lawyer but he does not have the knowledge and ability to do this. In many cases he despairs.When a farmer sees daily trespassing in his fields, setting fires or stealing tractors and equipment, he does not have the emotional freedom to conduct a judicial process. We tell him we will take responsibility for the legal angle based on our knowledge and experience.”

Perhaps the most serious problem is that of “protection,” where Bedouin tribes demand that one of their members be employed, and if not the farm will suffer. “This happens extensively and in all regions, and we see this as an existential threat to agriculture in Israel,” Chemo said.

The courts are also to blame for the situation, he says. Many are released with a slap on the wrist for serious offenses.

Regavim has initiated a legal process which would define agricultural crime as a crime and not just a misdemeanor, enabling more severe punishment. So far, the upgrading has not been accepted in the courts, but they are hopeful that in time the attitude of judges will change and Israeli farmers will get more favorable rulings.