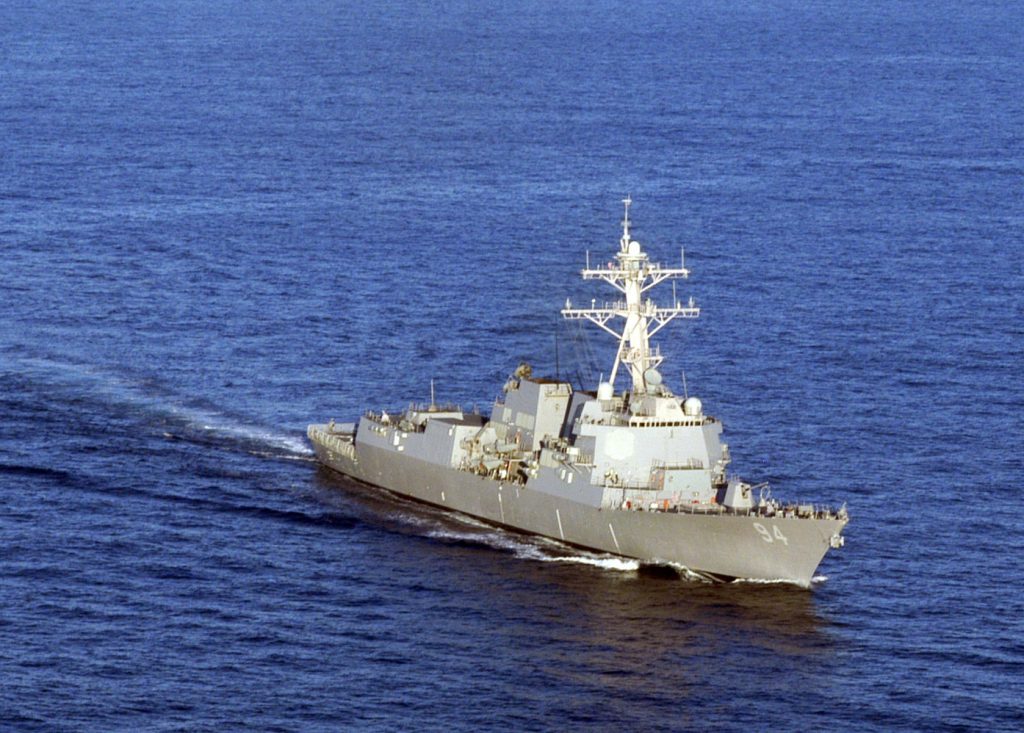 Iran’s naval forces will warn off or confront any foreign ship entering the country’s territorial waters, the Iranian defense minister said Thursday, remarks that came after an incident this week involving a U.S. warship.

The semi-official Tasnim news agency quoted Gen. Hosein Dehghan as saying that “if any foreign vessel enters our waters, we warn them, and if it’s an invasion, we confront.” He added that Iranian boats patrol to monitor traffic and foreign vessels in its territorial waters.

Dehghan’s comments came after four Iranian small boats sailed near the guided missile destroyer USS Nitze on Wednesday in the Persian Gulf. The U.S. Navy described the incident as “unsafe and unprofessional” and said it occurred in international waters in the narrow Strait of Hormuz.

U.S. Navy video of the incident obtained by The Associated Press shows American sailors on the Nitze firing flares and sounding the warship’s horn as the Iranian boats approached.

Earlier, U.S. Adm. John Richardson said the incident involving the Nitze reflects the greater competition the U.S. is facing at sea and underscores the naval tensions with Tehran, which include other similar incidents.

Last December, Iranian ships fired rockets near a U.S. warship and other vessels in the Strait of Hormuz, and a month later flew an unarmed drone over the USS Harry S. Truman aircraft carrier in the Persian Gulf.