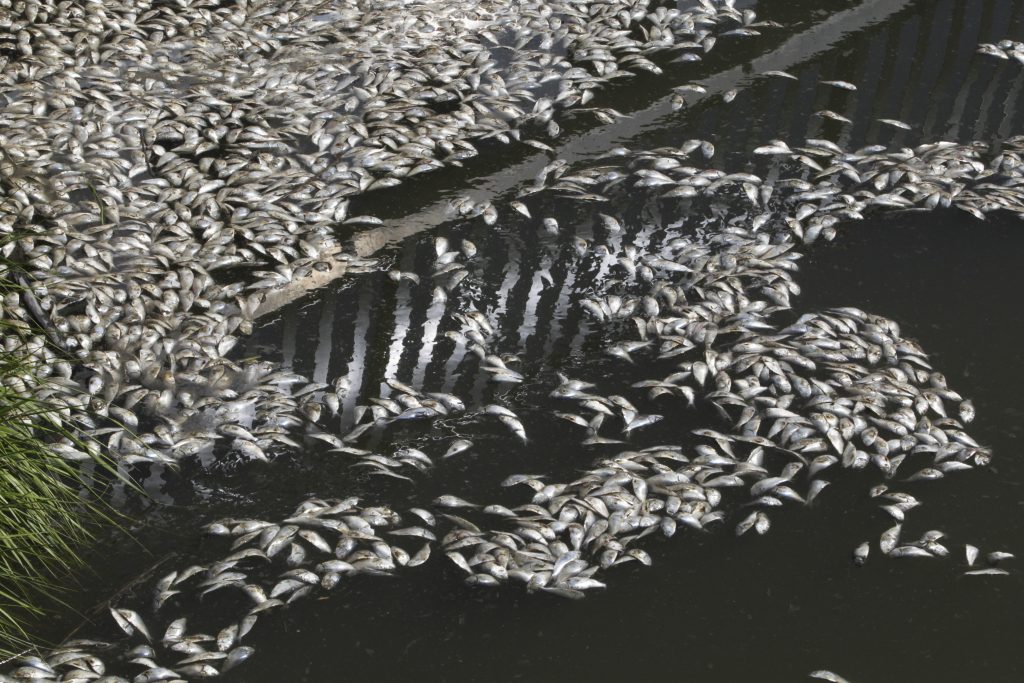 Crews have finished removing more than a million dead fish that recently appeared in the creeks and waterways near a northern New Jersey shore town.

Keansburg Mayor George Hoff tells NJ.com that public works crews on Thursday morning picked up the last of the peanut bunker fish that began washing on shore at the Waackaack Creek earlier in the week.

New Jersey environmental officials raised the estimate of dead fish from hundreds of thousands to more than a million.

They say the scores of fish were likely chased into the Raritan Bay by other fish. Once there, they apparently were killed off by low levels of oxygen in the water.

The highest numbers have been found in the Waackaack Creek. They also have shown up in Natco Lake and Thornes Creek.

Crews will take the dead fish to the Monmouth County landfill.