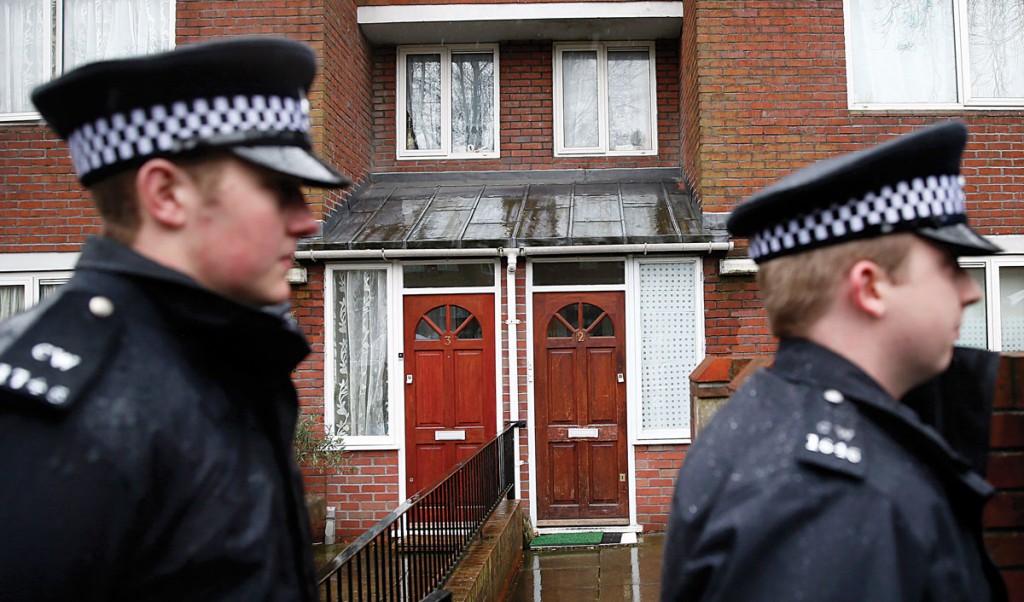 London’s Metropolitan Police say they’ve arrested a member of Britain’s armed forces as part of an investigation into Northern Ireland-related offenses under the Terrorism Act.

Police arrested the 30-year-old man at a house in south Devon, in southwestern England, on suspicion of being involved in preparing acts of terrorism. Authorities carried out searches in a wooded area in south Devon and Northern Ireland.