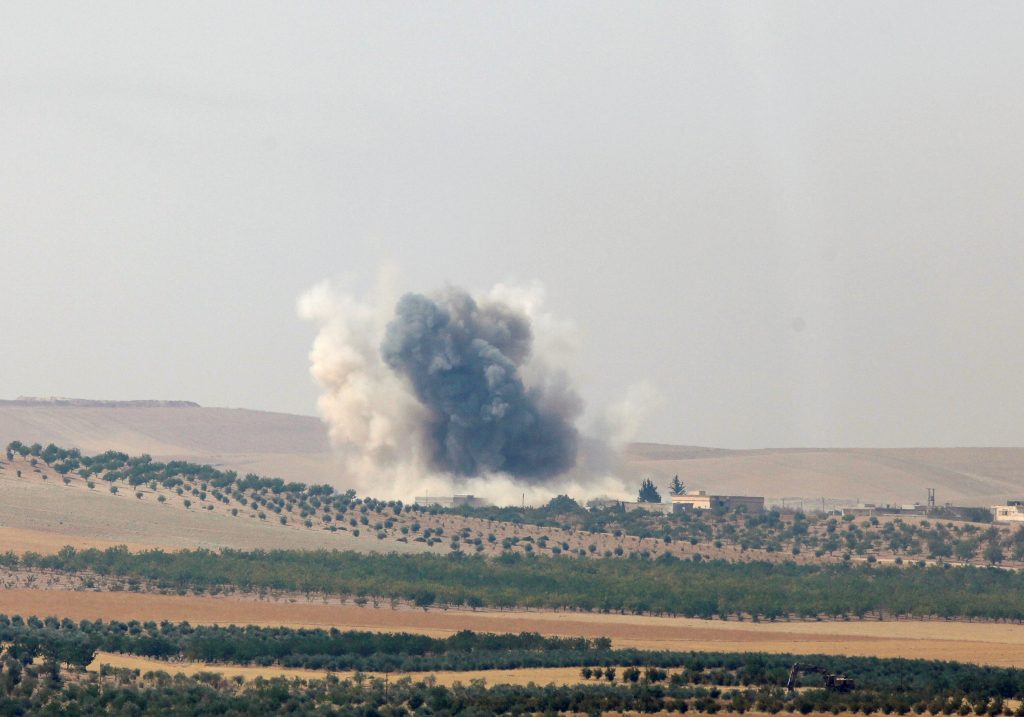 Turkish tank units on Wednesday crossed the border and entered into Syria as part of a military operation backed by jets and U.S.-led coalition warplanes to clear Islamic State from the Syrian border town of Jarablus, Turkish military sources said.

A Reuters reporter at the border could see six Turkish tanks inside Syria and reported intense bombardments. Turkish jets and artillery have been carrying out shelling and airstrikes since Wednesday morning on Islamic State targets.

Turkish-backed Syrian rebel forces have also entered Syria from Turkey as part of the operation to take back the town from Islamic State forces, a Syrian rebel commander told Reuters.

The Turkish army began firing artillery rounds into the Syrian border town of Jarablus at around 4:0 a.m local time and Turkish and U.S. warplanes pounded Islamic State targets with air strikes as part of the operation, Turkish military sources said.

It was the first time warplanes from NATO member Turkey have struck in Syria since November, when Turkey downed a Russian jet near the border, and the first significant incursion by Turkish special forces since a brief operation to relocate the tomb of Suleyman Shah, a revered Ottoman figure, in February 2015.

Turkey and the United States hope that by sweeping Islamic State from the border, they can deprive it of a smuggling route which long saw its ranks swollen with foreign terrorists and its coffers boosted by illicit trade.

White and grey plumes of smoke rose from atop the hills of Jarablus, visible from the Turkish town of Karkamis across the border. The boom of artillery fire was audible as tanks opened fire from just inside Turkish territory.

“The aim of the operation is to ensure border security and Syria’s territorial integrity while supporting the U.S.-led coalition against Islamic State,” one military source said.

Turkey had vowed on Monday to “completely cleanse” Islamic State terrorists from its border region after a suicide bomber suspected of links to the group killed 54 people at a Kurdish wedding in the southeastern city of Gaziantep.

Turkey is also concerned about the growing influence of Syrian Kurdish terror groups along its border, where they have captured large areas of territory since the start of the Syrian war in 2011. Ankara sees them as tied to the Kurdish terrorists fighting an insurgency in Turkey.

At least nine mortar shells from Jarablus landed in Karkamis and nearby on Tuesday, forcing many residents to flee, a Reuters witness said. Another hit an empty field on Wednesday.

The Syria operation came as Syrian rebels backed by Turkey had said they were in the final stages of preparing an assault from Turkish territory on Jarablus, aiming to preempt a potential attempt by Syrian Kurdish YPG militia to take it.