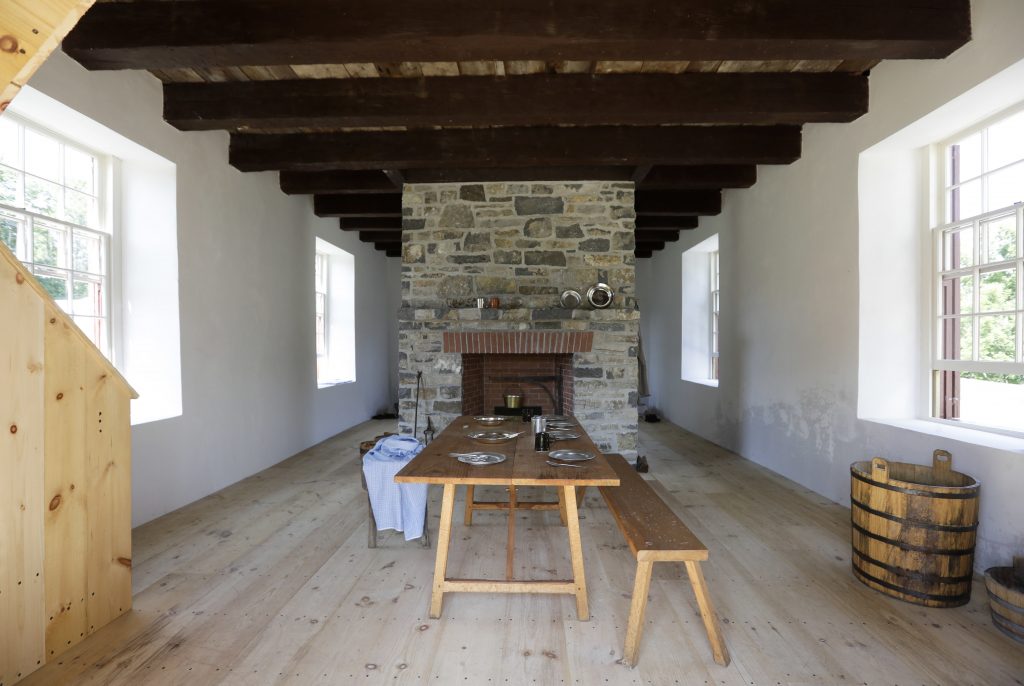 A Colonial-era stone house at a New York state historic site has been restored as part of an effort to tell the story of the slaves who toiled on an estate owned by one of the most influential men in North America before the Revolutionary War.

State parks Commissioner Rose Harvey on Wednesday unveiled the rehabilitation of the original stone house at the Johnson Hall State Historic Site in Johnstown, in the Mohawk Valley 40 miles northwest of Albany.

The state spent nearly $325,000 to restore the structure that was built in 1763. Parks officials said the restored space will be used to educate visitors about the work and living conditions of black slaves in the 18th century.

Johnson Hall was the estate of Sir William Johnson, an Irish immigrant who was a wealthy landowner and British official before the American Revolution. The mansion he built in newly settled Johnstown was flanked by two stone blockhouse-style structures intended to offer protection from attacks by French and Indian forces.

The stone house on the mansion’s east side burned down in the 1860s and was replaced a century later by a recreation. The one on the west side was altered decades ago but hadn’t been used in years. The project that began last year restored the west structure to a historically accurate appearance.

By the end of the French and Indian War in 1763, Johnson was one of the largest slave-holders in Britain’s New York province, according to Wanda Burch, a former longtime manager at the historic site and president of Friends of Johnson Hall.

“The one element at this site that (had been) missing is the story of the slaves,” she said. “It’s something people do not understand and may not be comfortable with, but we need to be able to tell the entire story.”