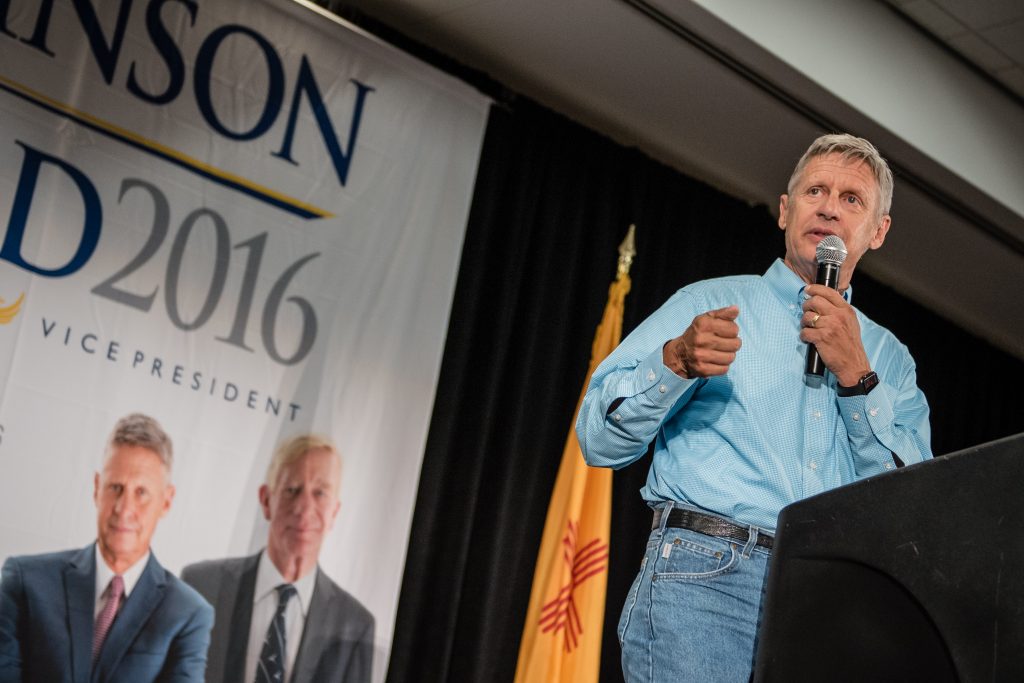 Libertarian presidential nominee Gary Johnson is set to appear on fall ballots in swing-state Ohio after the state’s elections chief cleared the way for him Wednesday.

Johnson’s ballot access had been in question after party activists submitted paperwork and voter signatures earlier this month on behalf of a different candidate, with plans to swap in Johnson.

The Libertarian could complicate a close presidential race in Ohio if voters with unfavorable opinions of Republican Donald Trump and Democrat Hillary Clinton seek another choice.

Johnson and running mate William Weld are to be listed on Ohio ballots without their party label, although the Libertarian Party of Ohio has made an emergency request of the U.S. Supreme Court that the party affiliation appear with their names on the ballot.

Libertarians aren’t recognized as a political party in Ohio, so party activists sought to collect enough signatures from voters to get Johnson on the ballot by way of a process for independent candidates. They initially submitted paperwork and signatures on behalf of a different candidate, with the intention of replacing his name with Johnson’s.

Johnson’s candidacy could still be disputed. Friday is the deadline for written protests to be filed with Husted.

Ohio Libertarians say its presidential tickets have used the candidate-swap practice in the past, most recently in 2004.

The Republican-led state legislature passed tougher rules for minor political parties in 2013, as the GOP faced growing competition from the tea party.

Libertarians have fought the changes in state and federal court for years. They maintain the law effectively eliminated all minor-party candidates from 2014 primary ballots and unfairly disadvantaged third parties going forward.

Johnson and Weld have ballot access in at least 41 other states, according to the Libertarian Party’s count. Green Party presidential candidate Jill Stein and running mate Ajamu Baraka will be listed on Ohio’s ballot with their party’s label.