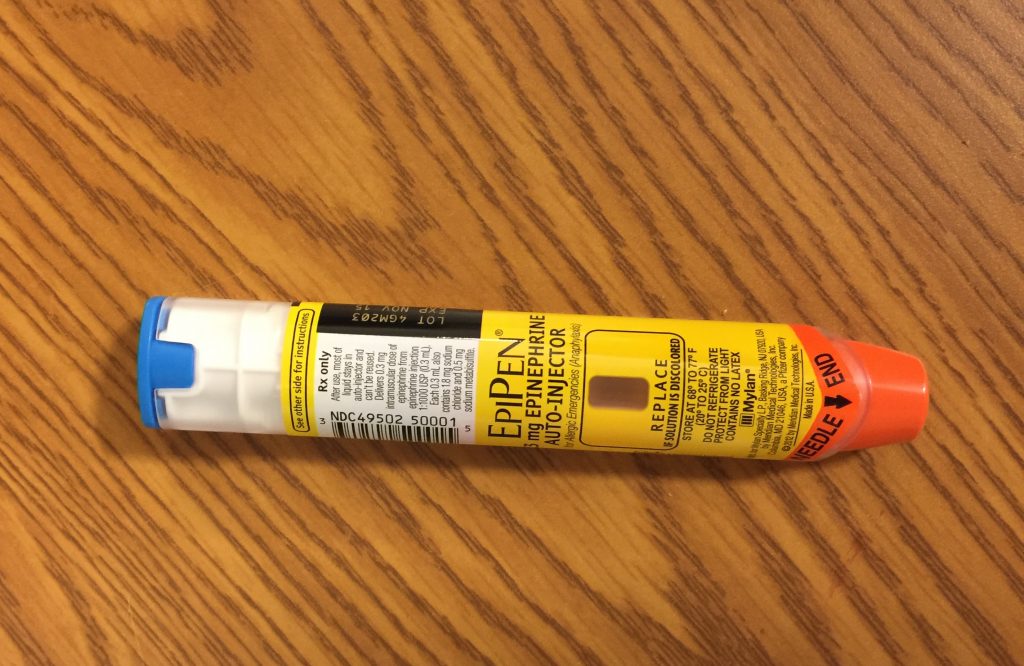 EpiPen maker Mylan has become the new boogeyman of the pharmaceutical industry.

Following complaints from consumers that the company had hiked the price of the emergency auto-injector by $100 in recent months for no obvious reason, members of Congress are calling for an investigation. The prescription-only device, which delivers a rapid shot of epinephrine, a medication that can counteract a severe allergic reaction, is standard issue for millions of Americans. Many school systems stockpile it and any parent who has a child with a peanut allergy usually has several stashed at their homes and in various purses and backpacks.

The medication itself isn’t expensive. Analysts calculate that the dosage contained in a single pen is worth about $1. It’s the company’s proprietary pen injector that makes up the bulk of the cost. A few years ago, it looked like there might be something better out there — Sanofi’s Auvi-Q — which talks (yes, literally talks!) to you and walks you through how to administer the product in real-time, but the company got caught up in a recall about whether its devices were actually delivering the right dosage.

So now there’s only the EpiPen and Adrenaclick, a generic version. The Adrenalclick is much cheaper. Consumer Reports says it found the device for $142 at Walmart and Sam’s Club with a coupon versus the current $600 to $700 price for EpiPens.

But many doctors I know are reluctant to recommend the generic version because the steps you have to take to inject the drug are different and most people like teachers and nurses are trained on EpiPens. You wouldn’t want them fumbling around for directions in an emergency when seconds could matter.

So this is why Mylan now finds itself in the same position that Martin Shkreli, the “pharma bro” formerly of Turing Pharmaceuticals, was in almost a year ago when lawmakers made his company an example of everything that has gone wrong with drug pricing. As chief executive of the company, Shkreli had raised the price of the drug Daraprim, which is used to treat a parasitic infection in patients with certain conditions, from $18 to $750 — or more than 4,000 percent, virtually overnight.

Among the members of Congress who have weighed in this time are Sen. Chuck Grassley (R-Iowa), who wrote in a letter that the cost is so high that it has forced “some first responders to consider making their own kits with epinephrine vials and syringes.”

“I am concerned that the substantial price increase could limit access to a much-needed medication. In addition, it could create an unsafe situation for patients as people, untrained in medical procedures, are incentivized to make their own kits from raw materials,” he said.

“There’s no reason an EpiPen, which costs Mylan just a few dollars to make, should cost families more than $600.”

Mylan hasn’t commented specifically about its pricing strategy, but said in a statement that it is “proud of the programs which we have implemented over the past years to help support access to treatment,” such as savings cards and patient and school assistance programs.

“With changes in the healthcare insurance landscape, an increasing number of people and families are enrolled in high deductible health plans, and deductible amounts continue to rise. This shift has presented new challenges for consumers, and they are bearing more of the cost. This change to the industry is not an easy challenge to address, but we recognize the need and are committed to working with customers and payors to find solutions to meet the needs of the patients and families we serve,” the company said