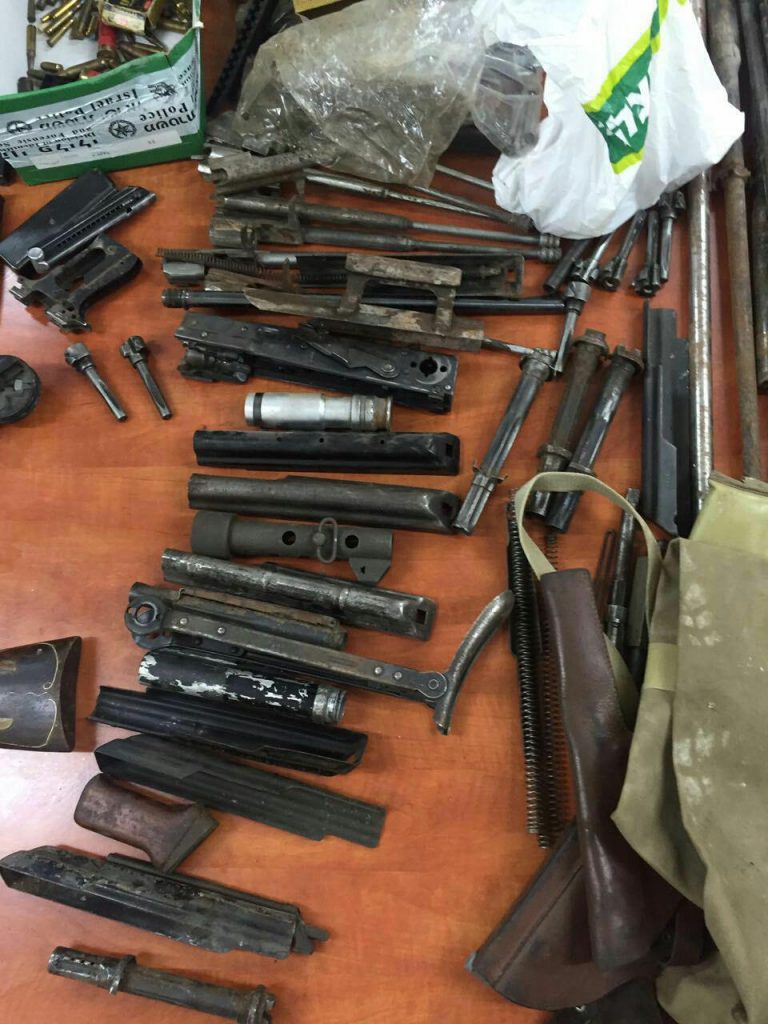 IDF soldiers conducted another raid against illegal Arab arms munitions factories Tuesday night, this one in Beit Lechem. Dozens of pistols and components of bigger weapons were seized, as well as ammunition, hand grenades, and military camouflage wear.

Such raids have become almost routine, and it was the third night in a row this week that major raids took place. In recent weeks, the IDF said, soldiers have seized over 350 weapons and shut down 30 weapons factories. During these raids 140 people have been arrested. Many of the factories were located in crowded apartment buildings, making the raids all the more dangerous for IDF soldiers, the army said.

An IDF official was quoted in Yisrael Hayom as saying that the weapons confiscated were either homemade or altered to be more lethal – but were of high quality. “The weapons used by terrorists are improving all the time, in terms of range and accuracy. We are in a constant battle against the infrastructure of manufacturing and marketing of weapons, in order to limit its supply in Judea and Samaria and thus reduce the number of terror attacks.”

Over 30 terror attacks in recent months – including high-profile cases like the murder of 19 year old Hadar Cohen, Hy”d, in February and the murders of the Henkins, Hy”d, last year – have been conducted with the weapons manufactured in these plants. Most of the weapons were takeoffs on Karl Gustav rifles, which are cheap to produce, and utilize 9 mm bullets which are easy to obtain in Palestinian Authority-controlled areas. The average price of a rifle is NIS 2,000-NIS 5,000, while the price of a handgun, because they are harder to come by, is between NIS 10,000 and NIS 20,000. A machine gun can go for as much as NIS 50,000.

Overnight Tuesday, security officials said they arrested 7 wanted security suspects in other areas in Yehudah and Shomron. The suspects were wanted for participating in rioting and for throwing stones and firebombs that endangered Israeli civilians and IDF soldiers. Several of the suspects were also charged with belonging to Hamas. All were being questioned on their activities by security forces.