Technology Firefighter: Face Transplant Has ‘Given Me My Life Back’
Health, Science & Technology 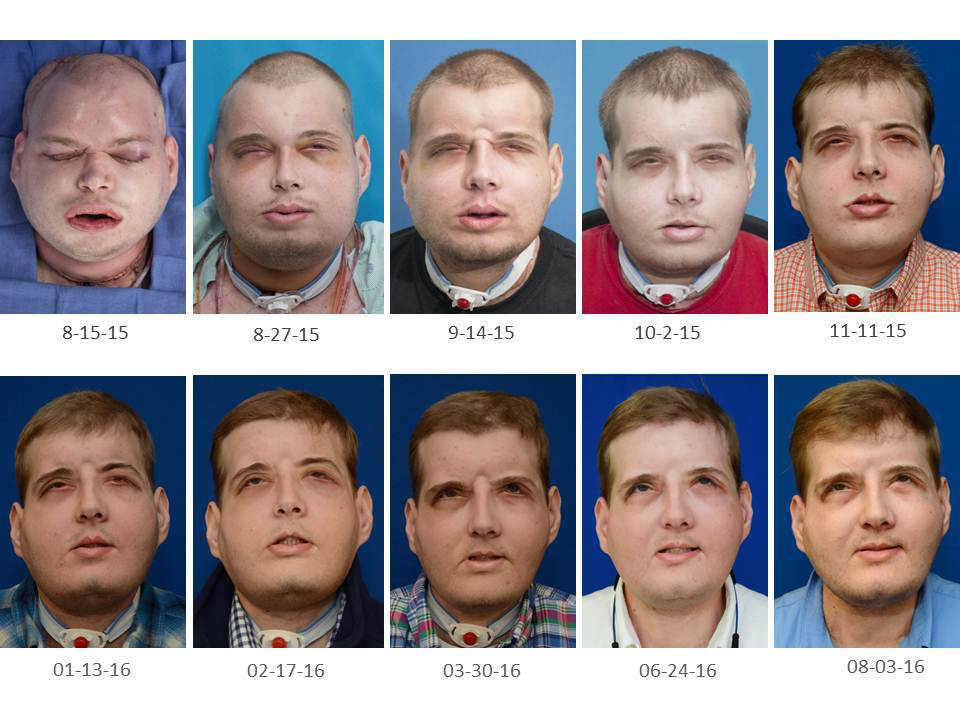 For Patrick Hardison, the volunteer Mississippi firefighter who underwent the world’s most extensive face transplant one year ago, the highlights of the past year have been things most people take for granted. People no longer stare. Children don’t run away. He can drive again.

When he went to Disney World with his family, he was able to swim in the pool. It was the first time in 15 years.

“I’m pretty much back to being a normal guy, doing normal activities,” he said at a news conference Wednesday.

Hardison, now 42 years old and a father of five, suffered severe, disfiguring burns on his face in an accident while on duty. Last August, Hardison underwent a marathon surgery where a team of more than 100 doctors, nurses and technical assistants gave him a new face donated by the family of a 26-year-old Ohio native, David Rodebaugh, who died when he fell off his bike.

The surgery is just one part of a previously unimaginable transplant revolution in recent years.

Doctors at New York University Langone Medical Center, where the face transplant was performed, said this week that Hardison has had several follow-up procedures in the months following the original transplant.

Eduardo D. Rodriguez, the surgeon who led Hardison’s team, said he is “amazed” at Hardison’s recovery, which he says has “surpassed all of our expectations.”

“We have entered a new era in transplant surgery,” he added. “The work being done … is pushing the boundaries of medicine and surgery and opening up new avenues to restore the lives of people like Patrick. It’s a very exciting time.”

Rodriguez said the most significant achievement was the fact that Hardison has not experienced a single incident of his body rejecting the transplanted face. He said he believes a lot of the credit goes to the careful and comprehensive approach the team took in the matching process. This includes taking into account facial bone structure and using stem cells from the donor to help stimulate the growth.

Another major victory was that the surgery restored Hardison’s normal eyelid function, such as closing them completely and blinking. Before the transplant, Hardison had been homebound because of his lack of vision and unable to perform regular, daily tasks and in danger of losing his eyesight.

Appearing onstage Wednesday, Hardison was dressed up in a blue, checkered shirt and khakis. He appeared comfortable and cheerful and described in very articulate terms his life before and after the transplant.

When a reporter asked about his ability to eat after the surgeries, he rubbed his stomach and joked that he had “gained about 30 pounds.” When asked about what his biggest challenge is every day he responded: “Well, I got five kids.”

Honestly, he added, he doesn’t feel he has any more at this time.

“My life is great right now. I’m happy, and my kids are all healthy, so what more could you ask for?”

He said that he hopes that sharing his story will help other people with injuries – especially firefighters, other first responders and military service members. “I know where those guys are at, and I want them to know there is a better life out there,” he said.

Hardison said that one of the things he is most looking forward to doing in the future is meeting the mother of the donor.

“We reached out to her. She knows that we’re ready when she’s ready. … We are all anxious and excited for the day when we meet her,” he said.

“His mother,” Hardison said, “she gave me a gift, and there is no way I could ever thank her enough.”