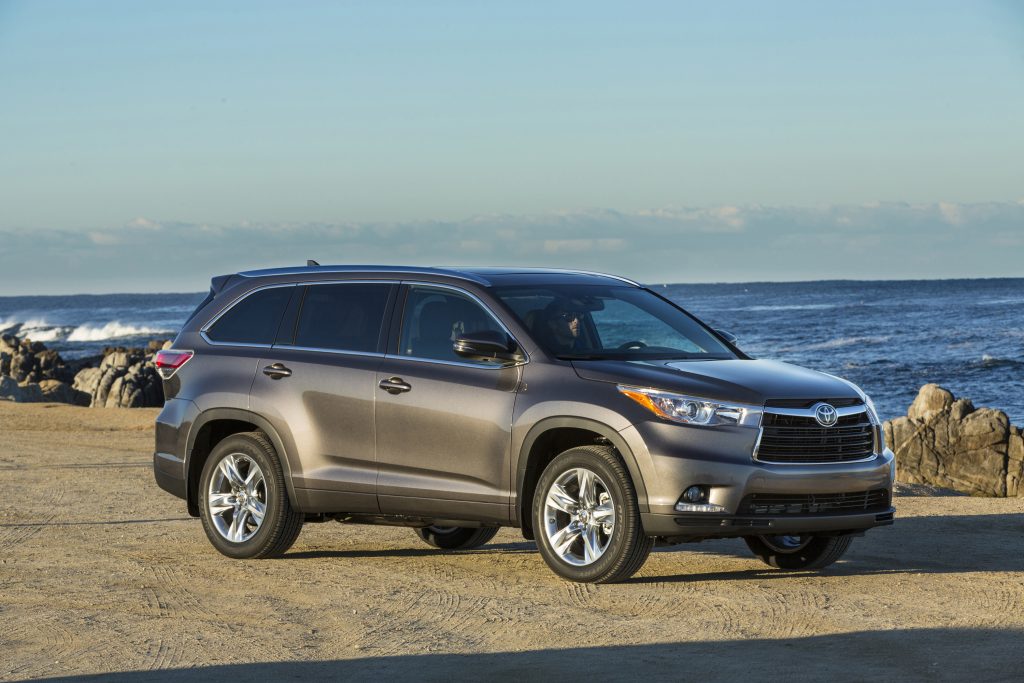 Given America’s love for crossover utility vehicles, or CUVs if you will, there’s an inescapable conclusion once you drive the 2016 Toyota Highlander Hybrid and it’s this: Toyota has created the consummate American car.

Like the classic American cruiser, the Highlander Hybrid offers generous space for up to seven passengers, with wide, soft comfortable seats that welcome Americans’ ever-expanding waistlines. There are multiple automatic climate controls, as well as heated and cooled seats to keep everyone content. The cabin is quiet, with little engine, road or wind noise to drown out conversation or your favorite music track.

And while other crossovers fulfill many of the same requirements, they don’t do it with quiet, confident serenity that makes driving this CUV very much the equivalent of a spa escape with four wheels.

That sense of comfort is confirmed once you press the power button. Not that you’ll notice the power coming on; that’s because nothing much happens as the electric motor comes on, but not the gas engine. That comes on once underway. That’s thanks to the Hybrid Synergy Drive system that pairs a 3.5-liter V6 gasoline engine with an electric drive motor-generator that generates 280 horsepower while returning an EPA-estimated 27 mpg city/28 mpg highway. My own lead-footed driving returned 25.6 mpg.

Other powertrain choices include a 185-horsepower 2.7-liter four-cylinder engine teamed with a six-speed automatic transmission on LE front-wheel drive models, and a 270-horsepower 3.5-liter V6 and six-speed automatic transmission on all other models. The four-cylinder returns 20 mpg city, 25 mpg highway, while the V6 returns 18 mpg city, 24 mpg highway. Given its meager power, the four-cylinder is best avoided as the V6 provides the power required of a people and cargo hauler.

All-wheel drive is available with the V6 and Hybrid models, and operates like many such systems. Under most circumstances, the system operates in front-wheel drive. When slippage is detected, as much as 50 percent of the vehicle’s power can be sent to the rear wheels.

While the test model was a 2016, the upcoming 2017 Highlander receives revised exterior styling, an improved 3.5-liter direct-injection V6, eight-speed automatic transmission and a new sporty SE trim level. A stop/start system is a new option, and a new safety package will be standard.

The hybrid driveline is so smooth and unobtrusive you’ll never notice when the Highlander switches from one power source to another. When revved, the gas engine emits a distant murmur as the electric motors kick in to add assist. There’s enough power for the everyday cut and thrust of commuting, but like a classic American car, the Highlander rewards you most when you handle it smoothly and gradually.

Like any American cruiser, there’s sufficient power, lightweight power steering with somewhat vague on-center feel. The compliant suspension does an amazing job of soaking up the worst our crumbling infrastructure can dish out. But there are noticeable body motions over bumps and body lean through corners. However, the Highlander Hybrid proves to be more capable than you’d expect, carrying it out with a no muss, no fuss attitude. But the car doesn’t reward you as you push it harder. There’s no visceral incentive transmitted to the driver. Instead, you’ll find its soothing personality and surprising abilities put you at ease, soothing out the bumpy commute of life.

And once inside the cabin, you’ll find it’s the model of a modern, American transporter with a large screen in the center of instrument panel to carry out any information, navigation and entertainment chores. Its design washes out too easily in bright sunlight however, and the controls on the right side of the screen are a far reach for the driver.

But there’s a thoughtful shelf that can hold small electronic devices with small cord passthrough to reach the USB ports below. The cupholders are huge, and the center console is commodious enough to hold a laptop or one of those saddlebags that now pass for women’s purses.

The deep, wide seats prove comfortably soft yet supportive, even after hours of driving. The driving position is fine, but taller drivers will find the throttle if jammed up against the center console, which has hard plastic sides that make long distance driving painful as your knee rests on it. A bit of padding would be most welcome.

But these are nitpicks in a vehicle with a welcoming docile personality that makes driving as comfortable as an old pair of bedroom slippers. The Highlander Hybrid’s biggest surprise is no surprise. Its quiet competence doesn’t make headlines. Instead, it’s a mobile refuge, a transportable deep tissue massage that insulates, isolates and pampers. That’s what the finest American cars do; offer a slice of comfort and convenience in an uncomfortable, inconvenient world.

And that’s what most Americans prefer.