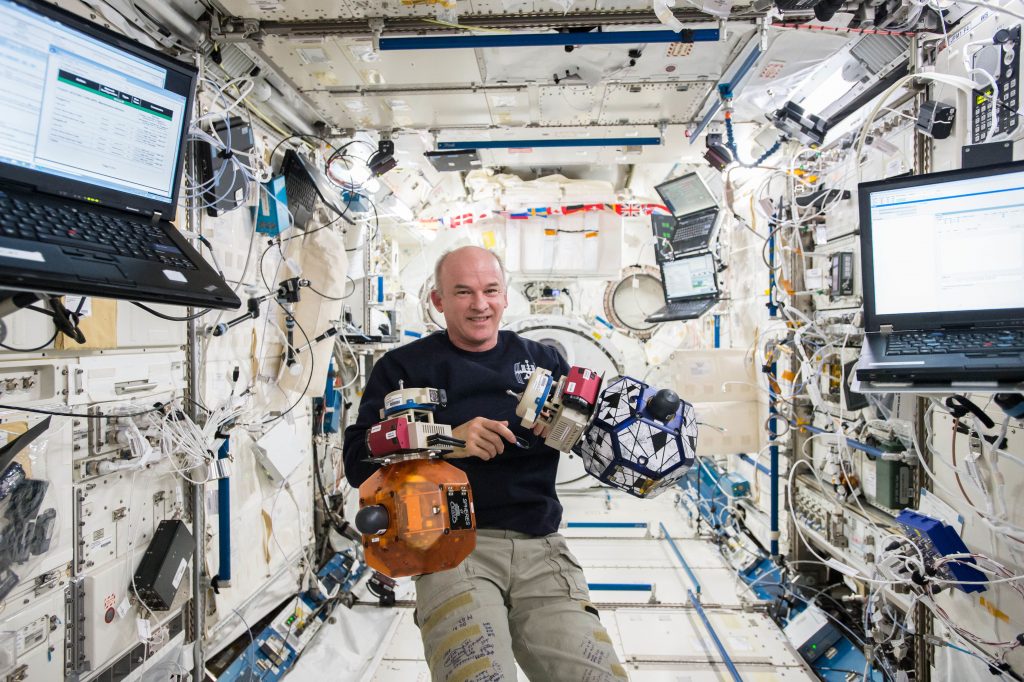 Astronaut Jeffrey Williams has a new record for NASA under his space belt.

The commander of the International Space Station marked a U.S. recording-breaking 521st day in orbit Wednesday, a number accumulated over four flights. That surpasses the 520-day record set by Scott Kelly, whose one-year space station mission ended in March.

By the time Williams returns to Earth in two weeks to close out his latest half-year trip, he will have logged 534 days off the planet for NASA.

His record won’t last long. Space station veteran Peggy Whitson will top that after she flies up in November for another six-month stay. She’s already at the 377-day mark for total space time, a record for a woman. And even that won’t come close to the world record of 879 days held by Russian cosmonaut Gennady Padalka — a total of 2 ½ years.

Kelly, who is now retired from NASA, called Williams from Mission Control in Houston and offered congratulations “on passing me up here.”

“It’s great to see another record broken,” Kelly radioed. “But I do have one question for you. And my question is: You got another 190 days in you?”

Williams replied, “That question’s not for me, that’s for my wife.” He thanked Kelly for accepting the one-year stint “so I didn’t have to.”

Williams recalled telling his wife, Anna-Marie, and the rest of his family that if he did the one-year flight versus his current six-month assignment that he’d be back six months earlier — in March.

“That never flew with anybody,” he confided.

As it is, Williams will be No. 14 on the world’s most-time-in-space list, behind 13 Russians, by the time he lands.

Williams, 58, a retired Army colonel, rocketed into orbit in March along with two Russians. They will return via a Russian Soyuz capsule to Kazakhstan on Sept. 7. Williams will conduct one more spacewalk next week before heading home.