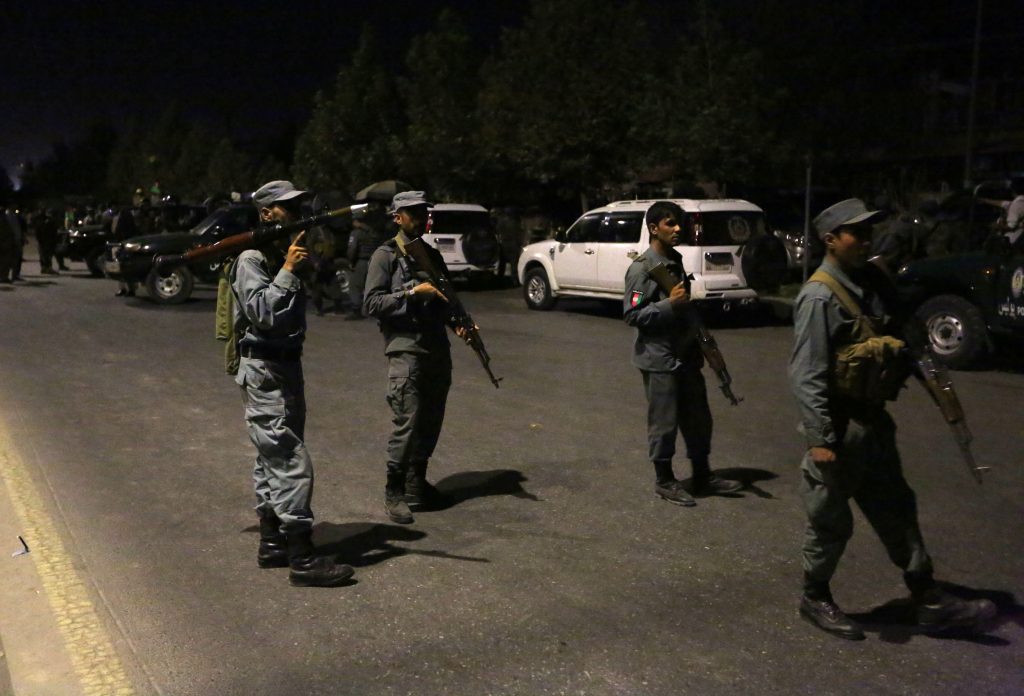 Foreign staff and dozens of students were trapped inside the campus of the American University of Afghanistan in Kabul on Wednesday after terrorists attacked it with explosives and gunfire, a senior government official said.

The interior ministry official said that elite Afghan forces had surrounded the university compound, where shooting lasted for more than an hour after the assault began at around 6.30 p.m. (1400 GMT).

Witnesses at the scene said gunfire had since stopped, and special forces had made their way into the compound.

News on casualties was sketchy, but Mohammad Saleem Rasouly, head of hospitals in the Afghan capital, told Reuters that at least one student had been killed and 14 wounded. He said three were “seriously” wounded, probably from automatic gunfire.

Police spokesman Sediq Sediqqi said security forces were conducting a clearing operation to track down the “terrorists.” He said it was still not clear if there were one or two attackers.

Islamist terrorist groups, mainly the Afghan Taliban and a local offshoot of Islamic State, have claimed a string of atrocities aimed at destabilizing the country and toppling the Western-backed government of President Ashraf Ghani.

No one has claimed the university attack yet.

“Several gunmen attacked the American University in Kabul and there are reports of gunfire and explosions,” he said. “They are inside the compound and there are foreign professors along with hundreds of students.”

Ahmad Shaheer, a student, told Reuters by telephone that he was trapped inside the university. “We are stuck inside our classroom and there are bursts of gunfire,” he said.

It is the second time this month that the university or its staff have been targeted.

Two teachers, an American and an Australian, remain missing after being abducted at gunpoint from a road nearby on Aug. 7.

Taliban terrorists control large swathes of Afghanistan, and local armed forces are struggling to contain them, especially in the provinces of Helmand to the south and Kunduz to the north.

NATO ended its combat mission in December 2014, but thousands of troops remain to train and assist Afghan forces, while several thousand more U.S. soldiers are engaged in a separate mission focusing on al-Qaeda and Islamic State.