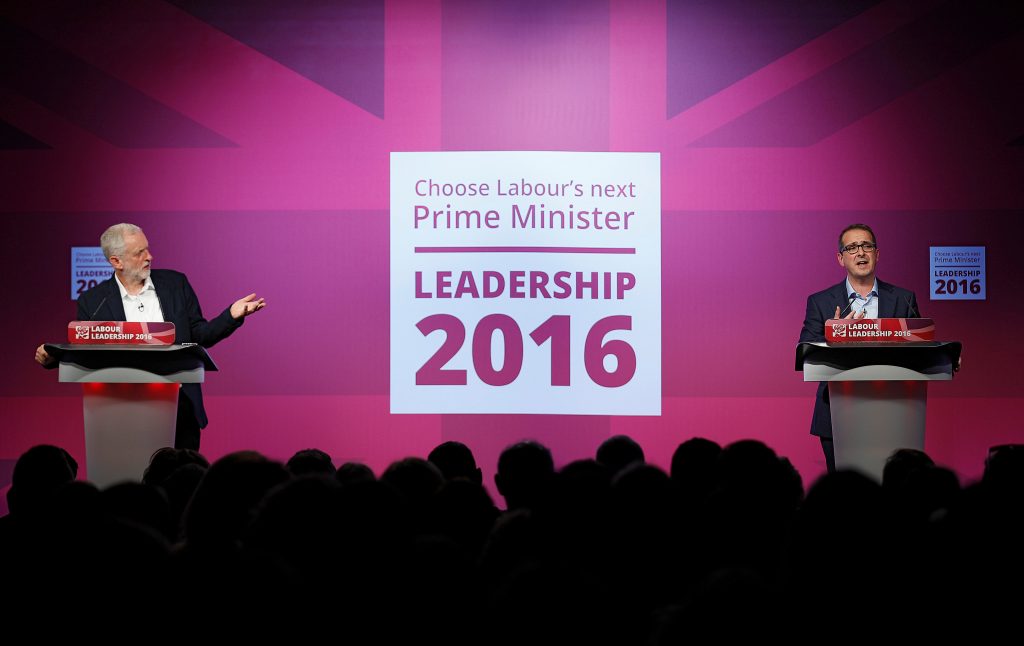 The candidates for the leadership of the U.K. Labour Party have set out their positions on Jewish issues.

The Chief Executive of the Board of Deputies, Gillian Merron, wrote to both candidates in the Labour leadership contest – Jeremy Corbyn MP, the current Labour leader, and his challenger Owen Smith, MP – to “highlight issues that the Jewish community is concerned about.” The Board of Deputies is the democratically elected representative body for the U.K.’s Jewish community. It is the first port of call for government, media and others seeking to understand the community’s interests and concerns.

In her letter, Merron raised the issue of anti-Semitism in the Labour Party, and the Chakrabarti report, commissioned by the Party as an investigation into potential anti-Semitism in its ranks, but which was widely viewed by the community as “lacking ambition” in its scope. The Board asked the candidates to “ensure the full and speedy implementation of the existing report and commission a credible supplementary paper to … address these concerns.”

Both candidates welcomed the Board’s approach. Corbyn said that he is “committed to building a society where all religious and ethnic communities can thrive.” He said that he has been “concerned and troubled by recent events in Labour with regards to anti-Semitism and shocked by some of the language used.” Mr Corbyn pledged to ‘implement the conclusions of the report … [and work] with [the Board on] delivering anti-racism training.’ He described it as “imperative” that “the Party continues to consult the Board … and other Jewish groups on this matter.”

Smith described anti-Semitism as “one of the most pernicious forms of prejudice.” He said that he is “worried about its growth both within the party and in wider society.” He continued by saying that the party must take ‘firm action to challenge this type of abuse’ both within the party and ‘across the left more generally.’ Smith recommended a zero-tolerance approach for anti-Semitism and all forms of racism, and other abuse and discrimination, saying that anyone found to have engaged in any of these should be expelled from the Party “for good.” He also pledged to commission a credible supplementary paper to the Chakrabarti report, should he be elected as leader.

On wider Jewish issues, Merron drew the candidates’ attention to the Jewish Manifesto, issued last year prior to the General Election, and specifically to the Ten Commitments, which cover a range of topics including commitment to freedom of Jewish practice, faith schools, social cohesion, opposition to divisive boycotts, etc. She asked for their pledge on these Ten Commitments.

Corbyn said that the “broad platform of commitments of inclusion, social cohesion and cultural pluralism,” were “aims for which [he had] fought for [his] whole adult life and will continue to champion as leader of the Labour Party.” He said that he is “supportive of the Ten Commitments.” However, regarding boycotts of Israel, Corbyn said that he is “not in favour of academic or cultural boycotts of Israel,” nor of a “blanket boycott of Israeli goods,” but that he supports what he described as “targetted boycotts aimed at undermining the existence of illegal settlements in the West Bank.” Corbyn concluded by saying that he looked forward to working with the Board and the Jewish community to help achieve “our shared values” – a “fairer, more tolerant and more secure” society, in which “every community, every faith” is “allowed to thrive.”

Smith described the Jewish Manifesto as “an extremely important document,” and said that he was “very happy to sign up to the Ten Commitments.”

A recent ballot of the Jewish Labour Movement resulted in overwhelming support for Mr. Smith (92 percent of those voting), and the JLM nominating him for Labour leader.