National Terrorist Not Seen Publicly Since 2002 at Gitmo Hearing
National 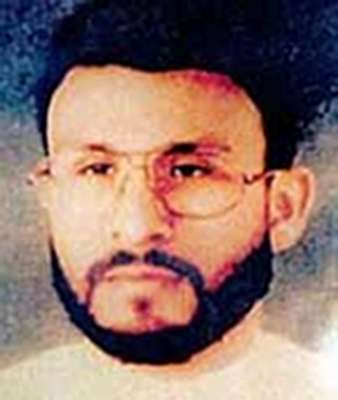 A Palestinian not seen publicly since his capture by the CIA in 2002 appeared Tuesday at a U.S. government hearing called to determine whether he should remain in detention at the U.S. military prison at Guantanamo Bay, Cuba.

Abu Zubaydah, who sat expressionless during the brief hearing, was the first high-profile al-Qaida terror suspect captured after the attacks of Sept. 11, 2001, and the first to vanish into the CIA’s secret “black site” prison network.

The review panel issued no immediate ruling on his status. He has been held at Guantanamo Bay since September 2006.

The U.S. believed that Zubaydah, 45, was one of the most senior figures in al-Qaida when he was captured in Pakistan. It has since dropped that claim. Zubaydah’s lawyers deny he was a member of al-Qaida.

Following his capture, the CIA under President George W. Bush initiated an interrogation program, now widely viewed as torture. Under this once-secret program, Zubaydah was subjected to what the Bush administration called “enhanced interrogation” in the belief that he was withholding information about al-Qaida. A Senate report released in 2014 said that belief was false.

Zubaydah was subjected to the torment of waterboarding 83 times in August 2003. Straining under a waterlogged cloth clamped over his face, Zubaydah became “completely unresponsive, with bubbles rising through his open, full mouth,” according to CIA emails cited in the Senate report. He was body-slammed by his captors. He was hooded, then unmasked and ominously shown a coffin-like box.

In a statement prepared for the review and provided to The Associated Press on Tuesday, a lawyer for Zubaydah asserted that he poses no danger to the U.S.

“Abu Zubaydah is not now and never has been an enemy of the United States and has been involved in no terroristic acts,” the lawyer, Mark P. Denbeaux, said in the statement.

Denbeaux, a law professor at Seton Hall Law School, maintains the government has grossly exaggerated its claims against Zubaydah. He pointed to a 2014 report by the Senate Select Committee on Intelligence that accused the CIA of offering a misleading version of what it was doing with its “black site” captives and deceiving the nation about the effectiveness of its interrogation techniques.

“But it is only this forum,” Denbeaux wrote, referring to the Guantanamo review, “that can correct, at least partially, the injustice done to this man since this panel marks the first time anyone other than torturers and jailers have had an opportunity to see and to hear from Abu Zubaydah.”

Detainees are not permitted to speak at their review hearings. Zubaydah sat in silence during the proceedings. He reportedly lost his left eye while being held by the CIA. A photo of him from the time he was transferred from CIA custody to Guantanamo Bay shows Zubaydah with a black patch over his left eye. At Tuesday’s hearing he wore wire-rimmed glasses. Resting on his chest and attached to a strap hanging around his neck was what appeared to be a black eye-patch.

At the hearing, the government’s “detainee profile” of Zubaydah, dated March 31, 2016, was read aloud. It said he played a “key role in al-Qaida’s communications with supporters and operatives abroad” and that he was “generally aware” of the 9/11 attacks before they happened. It does not say he was an al-Qaida member.

The government statement said he “probably retains an extremist mindset,” adding that he has shown “a high level of cooperation with the staff at Guantanamo Bay.” It said he has condemned the Islamic State group for its “atrocities and the killing of innocent people.”

“Some of (Zubaydah’s) former colleagues continue to engage in terrorist activities and could help (him) return to planning attacks against Israel and the United States in Pakistan, should he choose to do so,” the government statement said.

Zubaydah was born in Saudi Arabia to a Palestinian father but does not have Saudi citizenship.

A statement read at Tuesday’s hearing by a U.S. military officer acting as Zubaydah’s personal representative said he wants to reunite with his family and “begin the process of recovering from injuries he sustained during his capture.”

Zubaydah “has stated that he has no desire or intent to harm the United States or any other country, and he has repeatedly said that the Islamic State is out of control and has gone too far,” the statement added.