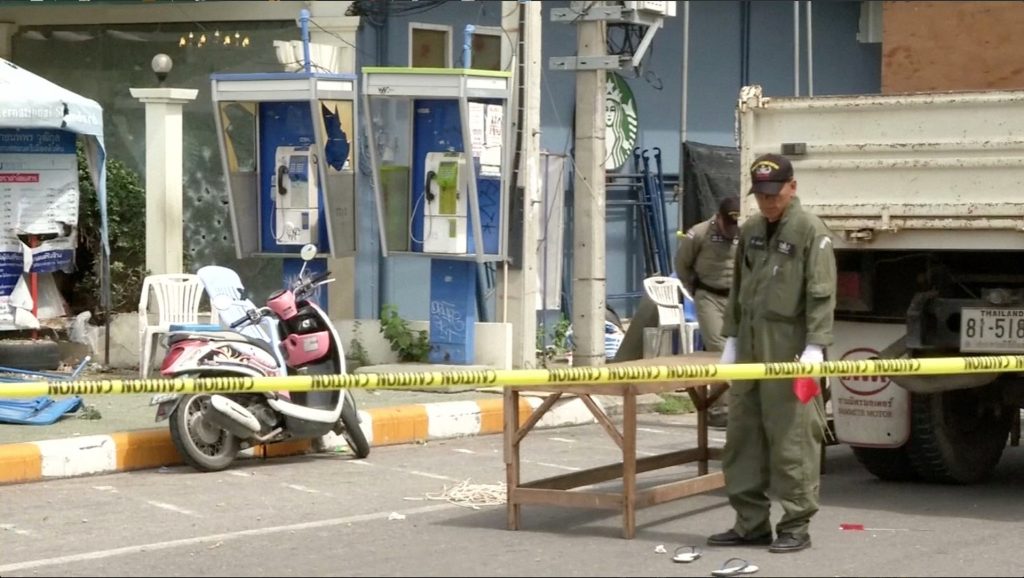 Thai police on Monday said at least 20 people were involved in carrying out a wave of deadly bombings in the country’s south earlier this month.

National police chief Jakthip Chaijinda said that police have not ruled out any motive for the attacks and believe that many of those involved came from Thailand’s Muslim-majority southern provinces.

“We know where they came from, where they went. We believe there are at least 20 people involved in this network,” Jakthip told reporters, without giving further details.

No group has claimed responsibility for the Aug. 11 and Aug. 12 attacks which took place in seven provinces and targeted high profile beach towns, killing four people and injuring dozens.

The bombings came days after Thais voted to accept a military-backed constitution in a nationwide referendum.

Police and the government ruled out any link to foreign terrorists within hours of the attacks and insisted the perpetrators were homegrown.

Jakthip said that he could not confirm whether the bombings were an extension of an insurgency in the southern provinces that border Malaysia, where Malay-Muslim insurgents are fighting a bloody war that has claimed more than 6,500 lives since 2004.

“We are unwilling to say what their motive is and whether it is related to the referendum, the insurgency or whether they were hired,” Jakthip said.

Last week, Thai Defense Minister Prawit Wongsuwan said the bombings were “definitely not an extension” of the insurgency.

Security experts told Reuters that official denial of involvement by Malay-Muslim insurgents was unsurprising as admitting that southern insurgents could be involved would have serious economic and security implications for Thailand.

A Thai military court issued an arrest warrant last week for a then-unidentified suspect for attempting to bomb a beach on the tourist island of Phuket.

Police on Friday identified the man as Ahama Lengha from Narathiwat, one of the Muslim-majority provinces, but said he has not yet been taken into custody.