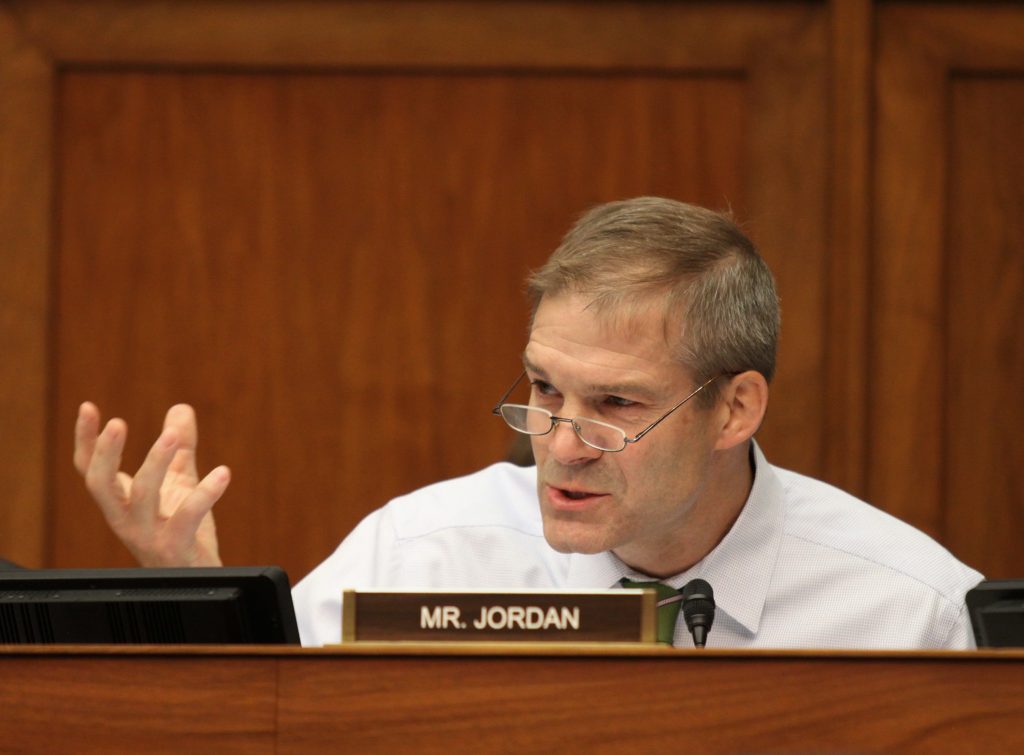 Rep. Jim Jordan and other conservatives are reviving efforts to press the House to impeach IRS Commissioner John Koskinen as the embattled agency head tries to woo support from Democrats and undecided Republicans.

The Ohio Republican, chairman of the House Freedom Caucus, said in an interview that he and other allies were weighing the use of procedural tactics similar to the July bid by Rep. John Fleming (R-La.) to bring up an impeachment resolution as a privileged measure bypassing committee consideration. The measure calls for formal impeachment of Koskinen for misstatements and failure to cooperate with a House probe of the IRS’ handling of tax-exempt status requests from conservative groups.

Congress didn’t act on the measure before it left for a seven-week recess. Because the House did not take it up within two legislative days, Fleming would have to offer another one after Labor Day.

“We may have to bring that up again. We’ll see,” Jordan said. He said he and the Freedom Caucus and other conservatives would keep pressure on Speaker Paul D. Ryan of Wisconsin and others in leadership to take action when Congress returns after Labor Day.

“We are committed to holding John Koskinen and the IRS accountable for what took place there. So, we can do that in a formal way, which is through hearings … and vote it out of the Judiciary Committee and move that direction, or we can look at going to the floor,” Jordan said.

Judiciary Chairman Robert Goodlatte (R-Va.) has declined comment on any timetable for further deliberations or action on another impeachment resolution sponsored by Rep. Jason Chaffetz (R-Utah) or another proposal by Chaffetz to censure the IRS chief.

While Goodlatte weighs his options, Koskinen made clear he intended to fight during a visit last month to an IRS service center in Ogden, Utah.

“I have no intention of being hounded out of office,” Koskinen said to reporters, according to the Salt Lake Tribune. Although the House could vote to impeach, or formally charge Koskinen, he has drawn support from the likes of Senate Finance Chairman Orrin G. Hatch (R-Utah), who could help him to avert the two-thirds Senate majority vote that would be required to convict him of any charges of misconduct.

“My concern is that no appointed official has been impeached for 140 years. So if we are suddenly, on relatively poorly supported facts, going to start attacking senior officials, people in the private sector will have second thoughts about public service,” said Koskinen, who is 77 and whose term expires in November 2017.

Michael J. Gerhardt, a law professor at the University of North Carolina, said House passage of an impeachment resolution would be the first such action by that chamber against an executive branch official, except the president, since the 1876 impeachment of Secretary of War William W. Belknap, who later resigned. But Gerhardt said he doubted the House would hold an expedited impeachment vote before the election “if we follow past practice.”