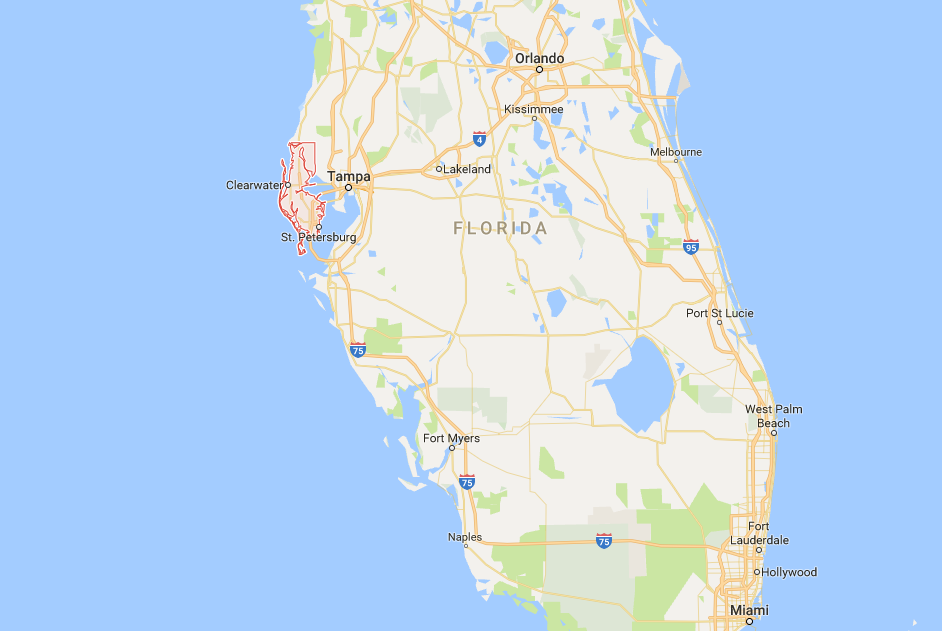 Florida Gov. Rick Scott on Tuesday announced the first local case of Zika outside of South Florida — in Pinellas County — along with four more in Miami’s Wynwood neighborhood.

A total of 42 local Zika infections have reportedly been contracted in four Florida counties this year, with one each in Broward, Palm Beach and now Pinellas, and the remainder in Miami-Dade — where health officials have identified two zones where mosquitoes are actively transmitting the disease: Wynwood and Miami Beach.

Pinellas County is located on the western side of central Florida, and includes cities such as St. Petersburg and Clearwater.

The single case in Pinellas does not mean that mosquitoes are spreading Zika to other people in that area. The Centers for Disease Control and Prevention defines a local outbreak as two or more people infected with Zika who do not share a household and who acquired the disease within one-square-mile over a period of two weeks or more.

In announcing the news on Tuesday, Scott also declared a small victory in Wynwood that has not been endorsed by the CDC.

The governor said Florida’s health department has “cleared” about half of the one-square-mile zone of active transmission in Wynwood because further testing for Zika virus has not produced evidence of further transmission.

However, the CDC has not amended its guidelines since the area was identified on July 29. The agency continues to advise expectant women to avoid the entire one-square-mile area, in addition to a 1.5-square-mile section of Miami Beach.

Expectant women who were in the Wynwood area after June 15 or in the Miami Beach zone after July 14 are advised to talk with their doctors and consider being tested for Zika, according to the CDC.

County health departments are offering free Zika tests to expectant women anywhere in the state, and Scott directed Miami-Dade residents who want mosquito control services to contact the county at 311.

The four new cases from Wynwood reported on Tuesday are about a month old, health officials said.

“These four individuals experienced Zika symptoms in mid-July. However, they required antibody testing to rule out other mosquito-borne illness such as dengue and chikungunya,” said Mara Gambineri, a health department spokeswoman.

State health officials have not “cleared” any portion of the area in Miami Beach identified on Friday as the county’s second front against local spread of Zika.