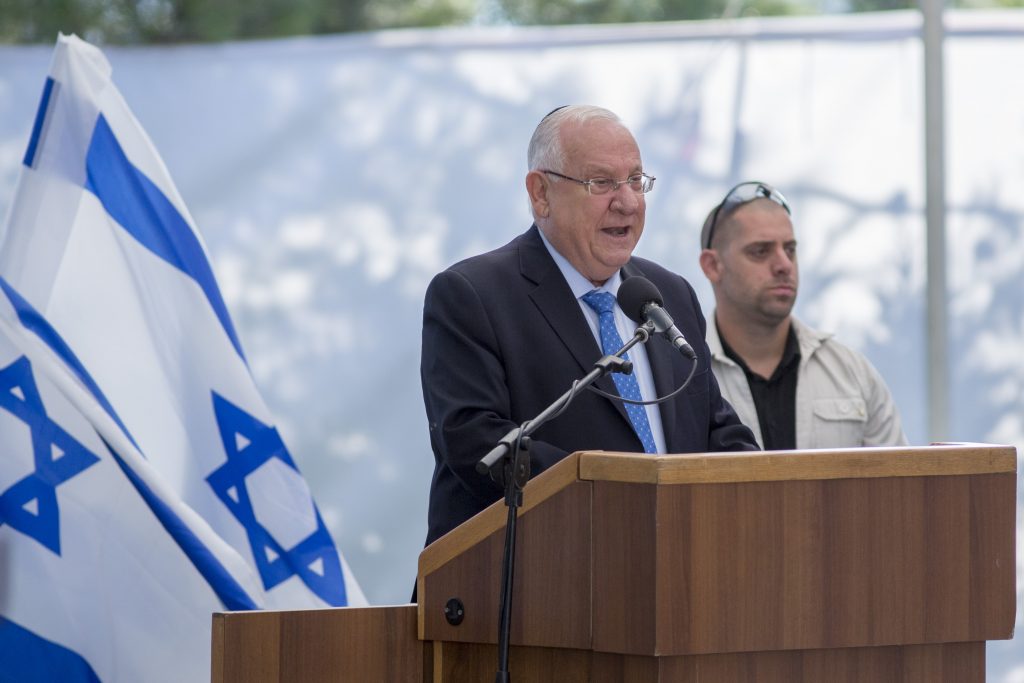 A proposed law requiring the display of an Israeli flag at events attended by government officials elicited a wave of smirks and sarcasm from Opposition MK’s on Tuesday.

The bill’s sponsor, Likud MK Oren Hazan, explained that the purpose is to prevent others from doing what President Reuven Rivlin did in New York in last December, where he appeared at a conference during which an Israeli flag was removed at the request of another participant, Palestinian negotiator Saeb Erekat.

“The purpose of the bill is to prevent a situation in which an official representative of the state participates in an event in which there is no state flag,” the explanatory section reads.

But Opposition MK’s derided it as a meaningless display of ultra-patriotism.

Shelly Yacimovich (Zionist Camp) posted a photo of herself on a bicycle decorated with nine Israeli flags. “I’m determined to win the patriotism contest,” Yacimovich wrote. “If you haven’t heard yet, in the framework of the bitter competition over who is a greater patriot in the Likud, there is a new, especially bizarre bill.”

MK Ilan Gilon (Meretz) ran a photo of himself sitting on the scooter he uses because of his disability, with a flag flying in its basket.

“You won’t catch me unprepared!” he wrote. “From now on, the national flag is on my scooter, which goes with me everywhere.”
The reaction of MK Ahmad Tibi (Joint List) was somewhat less jocular: “The bill is bizarre and ridiculous and is a sign of the Knesset deteriorating to a new nadir of neo-fascism.

“I won’t be surprised if tomorrow they propose that all preschools must sing Hatikva and everyone must wear a Magen David necklace from age 16,” Tibi added.

The bill, co-sponsored by members of Likud, Jewish Home and Yisrael Beytenu, mandates that an Israeli flag must be displayed prominently throughout any public event in which an official state representative—including the president, prime minister, MK’s, ministers or ambassadors—participates.

Organizers of an event who fail to comply would be liable for a fine of NIS 5,000, and the public official would be banned from future events organized by the same group for the next six months.