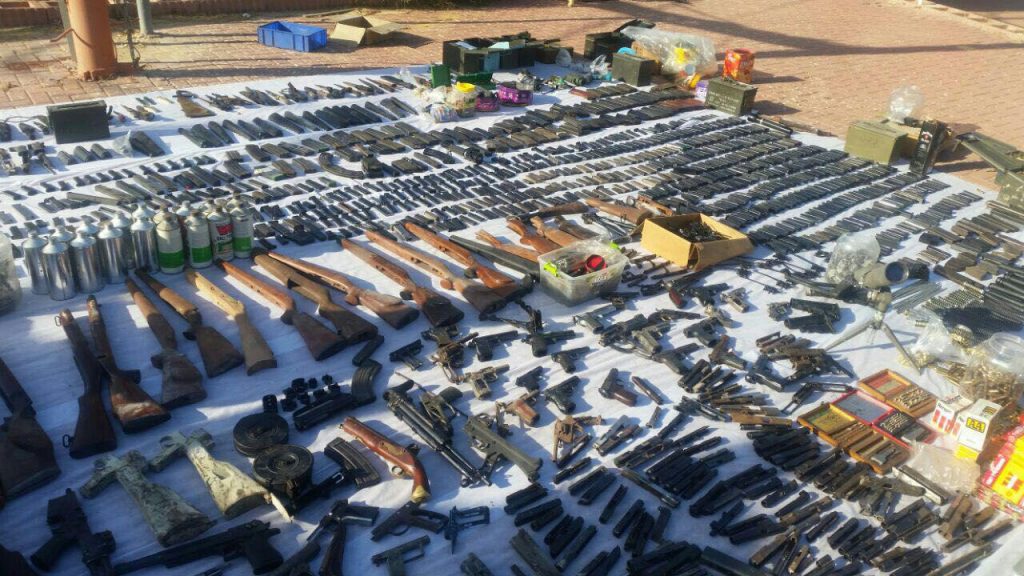 The IDF, in conjunction with representatives from the Israel Police and Shin Bet security service conducted a large-scale overnight operation across Yehudah and Shomron against illegal weapons production plants.

In the largest operation of the year, the security forces seized dozens of weapons, confiscated equipment and made arrests in Chevron and Beit Lechem, an IDF official said.

The military reported that the latest raid revealed seven weapons factories, 22 weapons-making machines and dozens of arms, which, it said, is considered a significant haul. The military has been targeting illegal weapons manufacturers since January. Among the seized arms were crude guns based on the Swedish “Carl Gustav” submachine gun, which the military says has been a weapon of choice for Palestinian terrorists.

The security forces also seized ammunition and dozens of gun pieces that would have been used to create more weapons, the official added.

During the raid, two Arabs who own large weapon factories were arrested. They do not appear to be connected to any terrorist groups, but were more likely driven by financial motives, the army source said. “It seems to be a combination of market demand and the ability to manufacture,” he said.

More arrests are expected to come, as Shin Bet and police investigators begin interrogating the two suspects in order to locate the manufacturing and distribution network, the official said.

Since the start of 2016, Israel has seized dozens of weapons, shuttered arms-making factories and arrested weapons dealers in a clampdown across Yehudah and Shomron meant to quell a spate of Palestinian violence.

The military says that this year it has uncovered 29 weapons factories and seized 49 weapon-making machines and more than 300 firearms. Over 140 arms manufacturers and dealers have been arrested during that time.