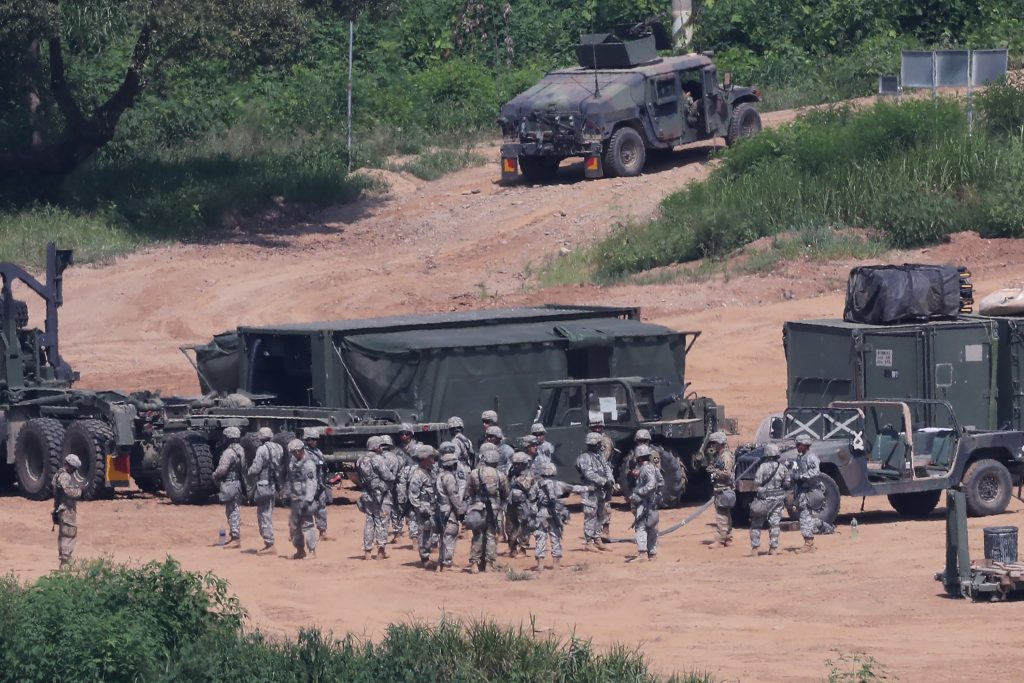 The United States and South Korea kicked off annual military exercises on Monday, prompting warnings of retaliation from the North, as already heightened tension on the peninsula has been inflamed by the defection of a Pyongyang diplomat.

North Korea has become further isolated after a January nuclear test, its fourth, and the launch of a long-range rocket in February brought tightened U.N. Security Council sanctions that Pyongyang defied with several ballistic missile launches.

About 25,000 U.S. troops are joining in the Ulchi Freedom Guardian exercise, which runs until Sept 2. The U.S.-led U.N. Command Military Armistice Commission said it notified the North Korean army the exercises were “non-provocative” in nature.

The North calls the exercises preparations for invasion, and early on Monday threatened a preemptive nuclear strike. North Korea frequently makes such threats.

“From this moment, the first-strike combined units of the Korean People’s Army keep themselves fully ready to mount a preemptive retaliatory strike at all enemy attack groups involved in Ulji Freedom Guardian,” a KPA spokesman said in a statement carried by the North’s state-run KCNA news agency.

“The nuclear warmongers should bear in mind that if they show the slightest sign of aggression, it would turn the stronghold of provocation into a heap of ashes through a Korean-style preemptive nuclear strike.”

Last week, South Korea announced that Thae Yong Ho, the North’s deputy ambassador in London, had defected and arrived in the South with his family, in an embarrassing blow to the regime of North Korean leader Kim Jong Un.

“Recently even North Korea’s elite group is collapsing, followed by key figures defecting to foreign countries, showing a sign of serious cracks, with chances of shaking the regime further,” she told a National Security Council meeting.

Thae’s defection followed the flight to Seoul this year of 12 waitresses from a North Korean restaurant in China.

On Monday, North Korea’s Red Cross sent a letter to its South Korean counterpart asking for the women to be sent back, saying they had been kidnapped by the South, according to KCNA. South Korea denies they were kidnapped.

North and South Korea are technically still at war because their 1950-53 conflict ended in an armistice, not a peace treaty.