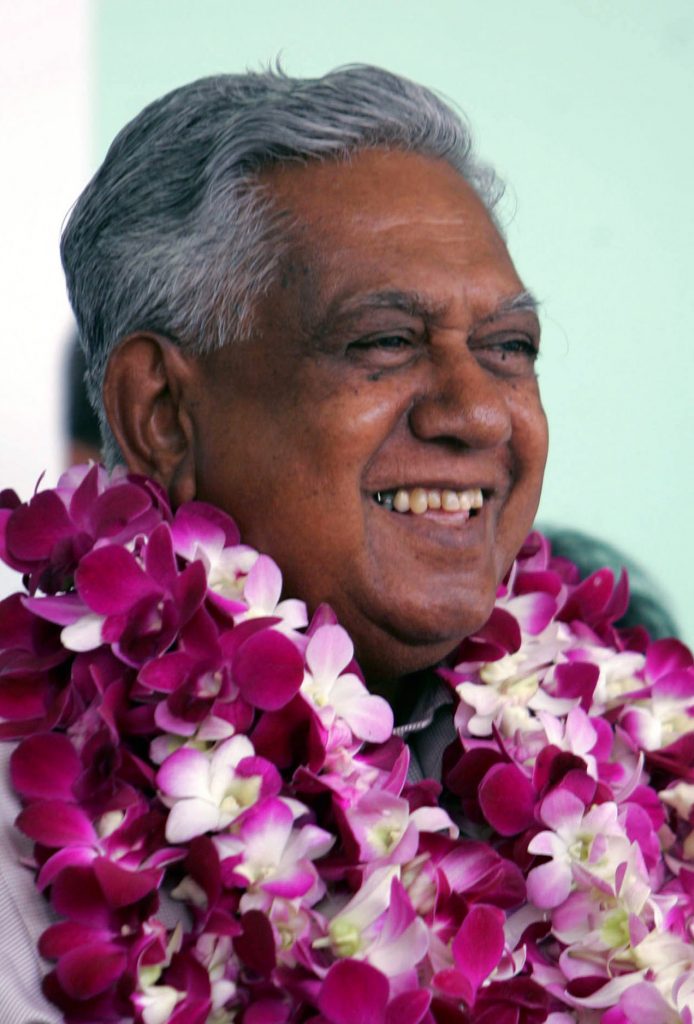 Widely known as S.R. Nathan, he was hospitalized in critical condition after suffering a stroke on July 31. It was his second stroke in less than two years.

“The late Mr. Nathan passed away peacefully at Singapore General Hospital on Monday,” the Prime Minister’s Office said in a statement.

Ramanathan served two terms as Singapore’s head of state from 1999 to 2011 before being succeeded by Tony Tan Keng Yam.

He held top positions in the civil service and was appointed high commissioner to Malaysia in 1988. From 1990 to 1996, Ramanathan served as Singapore’s ambassador to the United States.

Following his stroke in July, accounts of Ramanathan’s humble beginnings — he started work without completing his studies to settle family debts — were widely circulated.

“His was a story of how a young boy strove to triumph over his circumstances and make a contribution to society. He held many public service posts, and occupied the highest office in the land,” Prime Minister Lee Hsien Loong said in an online post.

“He was a warm and approachable president who endeared himself to Singaporeans. I remember him as a man guided by a deep sense of duty to the nation. He stepped up each time duty called. He was a true son of Singapore,” Lee added.

The Prime Minister’s Office said arrangements for the public to pay respects and for the funeral would be announced later.

Ramanathan leaves behind a wife, daughter, son and three grandchildren.