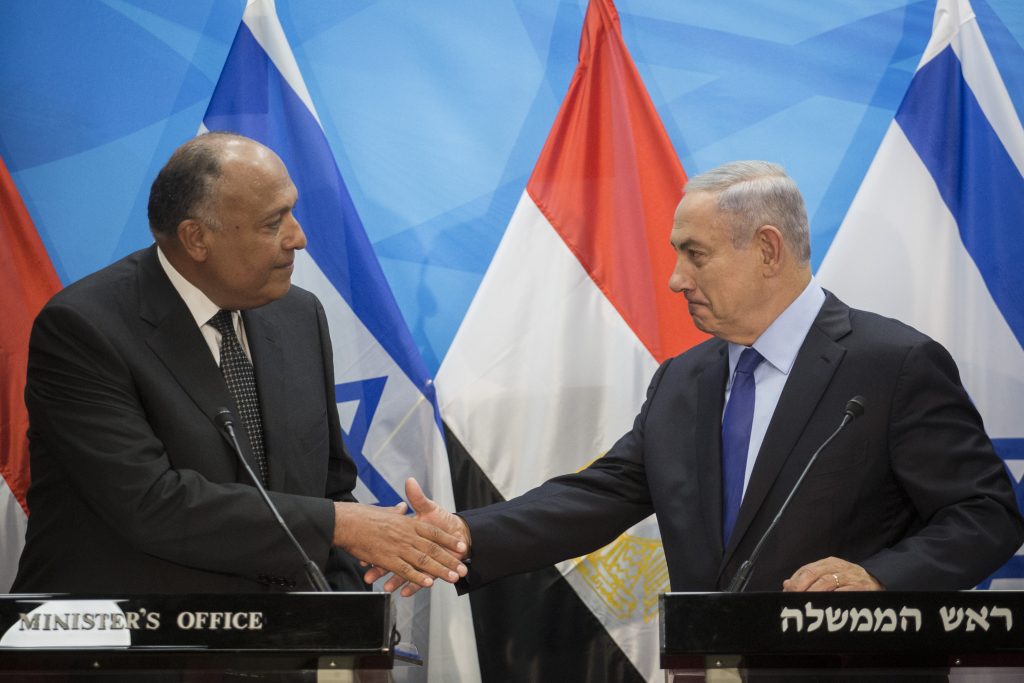 The Egyptian Foreign Ministry on Sunday night said that a comment by Foreign Minister Samah Shoukry widely understood as justifying Israeli killing of Palestinian terrorists was taken out of context.

Shoukry’s comment earlier in the day was made during a question-and-answer session with students at the Egyptian Foreign Ministry. Replying to a question whether the Israeli killing of Palestinian children is a form of terrorism, Shoukry said that “it cannot be described as terrorism without an international agreement characterizing it as such,” and noting that no convention yet exists which actually defines terrorism.

The statement made headlines in the Egyptian and Arabic-language media, with the London based al-Arabi al-Jadida styling it: “Samah Shoukry: the murder of Palestinian children by Israel isn’t terrorism.”

A spokesperson of the Egyptian Ministry of Foreign Affairs, Ahmed Abu Zeid, said on Monday evening that Shoukry’s words were twisted in the media.

“Anybody who has ears can check the video of the meeting with the high school students that is available on the [social media] page of the spokesman of the Foreign Ministry and be sure that the question posed by the children had no connection whatsoever to the murder of innocent Palestinians,” his statement read.

It was not the first time that Shoukry was criticized for being too pro-Israeli. A month ago, following his visit to Yerushalayim, the first of a foreign minister since 2007, he was pilloried in the Egyptian media for watching the broadcast of a soccer match with Israeli Prime Minister Binyamin Netanyahu.

The Egyptian Foreign Ministry denied it, explaining that the photo of him apparently doing so was taken as he was merely passing through the room in Netanyahu’s residence where the match was being shown.