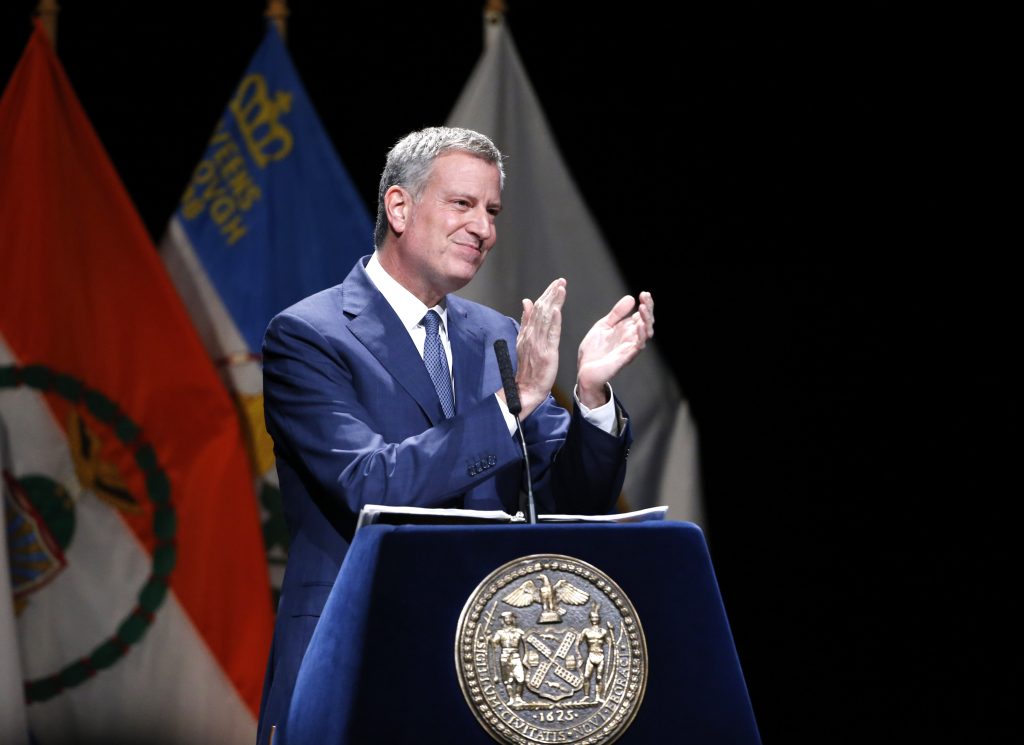 Jewish Insider reports that in a speech delivered over the weekend at The Hampton Synagogue in Westhampton Beach, the New York City mayor said: “There are plenty of people who support BDS who have advanced degrees and who call themselves progressives. I look forward to challenging them, because it’s ahistorical. I think it’s one of the most ahistorical things I’ve ever seen.”

“Defending Israel is a matter — from my point of view as a progressive — is a matter of being consistent with progressive values,” said de Blasio. The mayor said that the BDS movement “seeks to undermine the economy of the State of Israel and makes it harder for Israel to exist, therefore renouncing the very notion that the Jewish people need a homeland in a still dangerous and unsettled world.”

De Blasio also said that even if someone disagrees with some of the Israeli government’s policies, that doesn’t mean he should oppose Israel’s existence.

“We in the United States, or in any nation, you can disagree with a particular government’s policy at that moment in time, but that doesn’t mean that you don’t believe in that nation, or its right to exist, or its founding ideals,” said de Blasio. “Israel, in good times and bad, tough times and easier times, has been a beacon.”

Dani Dayan, Consul General of Israel in New York, thanked de Blasio for his comments. “I wish to express my appreciation and admiration for Bill deBlasio principled position in Israel’s defense,” wrote Dayan on social media.