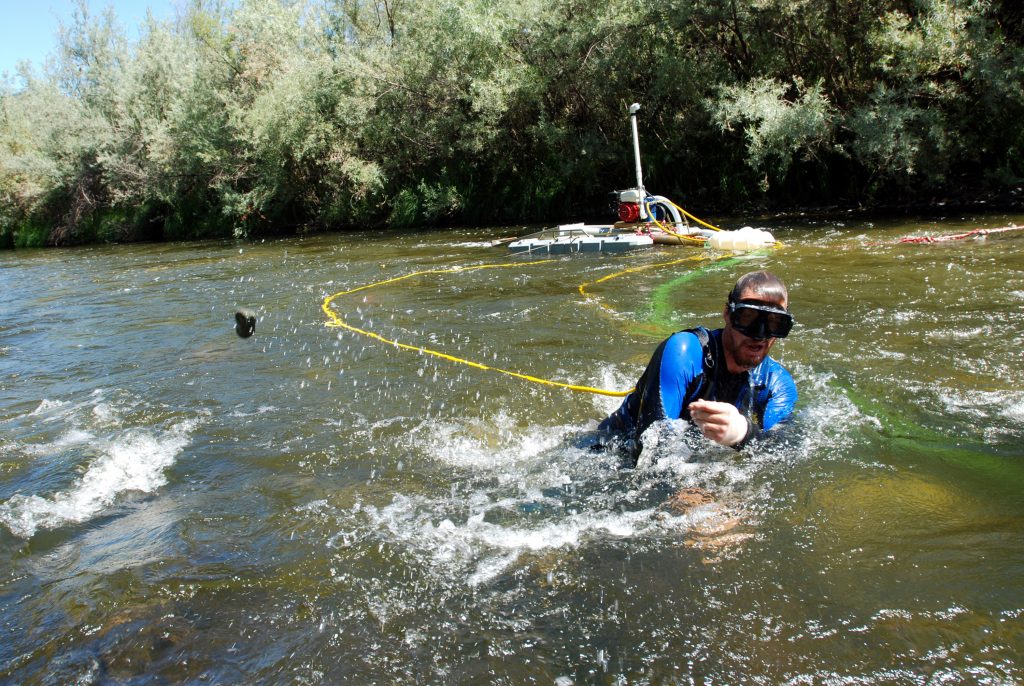 California’s ban on the use of suction dredges to extract gold from rivers is legal and not overridden by a 19th-century federal law that allows mining on federal land, the California Supreme Court ruled Monday.

The court’s unanimous decision was a victory for environmentalists and a blow to miners, who argued that the ban essentially stopped gold mining because doing it by hand is labor intensive and makes the enterprise unprofitable.

The high court’s ruling came in an appeal of a criminal case in which miner Brandon Rinehart was convicted of a misdemeanor for suction dredge mining without a permit in 2012 and sentenced to three years of probation.

Associate Justice Kathryn Werdegar, writing for the court, said the federal Mining Law of 1872 did not guarantee a right to mine free from regulation.

Instead, its goal was to protect miners’ property rights involving the federal land to which they laid claim, she said.

“The mining laws were neither a guarantee that mining would prove feasible nor a grant of immunity against local regulation, but simply an assurance that the ultimate original landowner, the United States, would not interfere by asserting its own property rights,” she wrote.

A call to Rinehart’s attorney, James Buchal, was not immediately returned.

Suction dredges are powerful underwater vacuums that suck up rocks, gravel and sand from riverbeds to filter out gold.

State officials argued their right to protect the environment was not pre-empted by federal mining law. Miners countered that the state failed to show suction dredge mining killed any fish.

The court’s ruling came more than a century after the famous California gold rush that brought tens of thousands of miners to the state from around the country.

California has experienced a mini-gold rush of sorts in recent years, as low water levels caused by the drought have lured amateur prospectors to riverbed spots that have been out of reach for decades.

There are over 20,000 mining claims on federal lands in California. Suction dredge mining largely occurs in mountain regions.

California passed a law last year that allows state officials to resume granting permits for suction dredge mining under certain conditions that include making sure the practice does not have any significant effect on fish and wildlife. The conditions have not yet been met, so no permits have been granted.