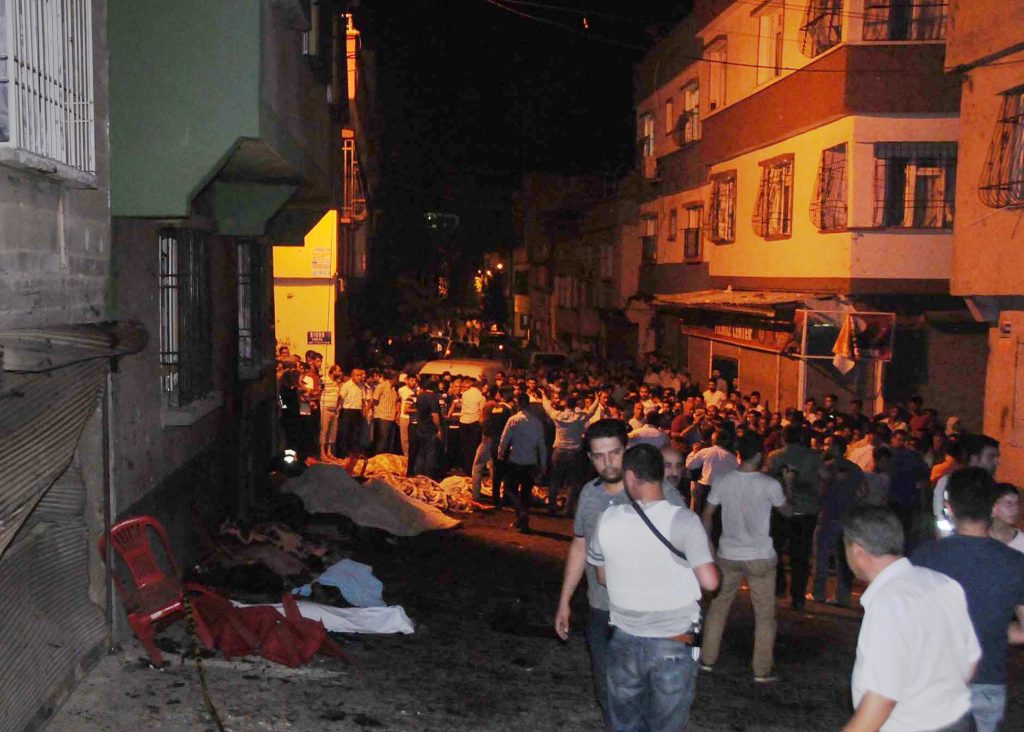 The device used in a bombing of a wedding in southeastern Turkey that killed more than 50 people over the weekend was the same type used in 2015 attacks on a peace rally in Ankara and on the border district of Suruc, a senior security official said on Monday.

Both the Ankara and Suruc attacks were blamed on the Islamic State terror group, reinforcing the suspicion that the group was also behind the Gaziantep bombing on Saturday evening, the official said.