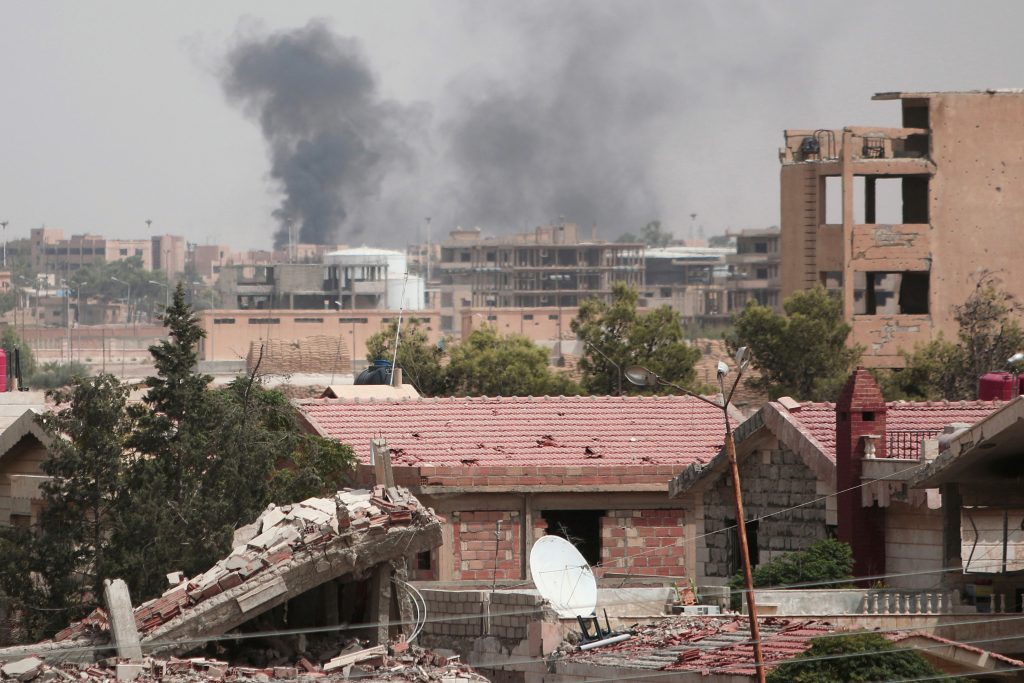 Hundreds of Syrian rebels are preparing to launch an operation to capture a town held by the Islamic State terror group at the border with Turkey, a senior Syrian rebel said on Sunday, a move that would frustrate Kurdish hopes to expand further in that area.

The rebels, Turkish-backed groups fighting under the banner of the Free Syrian Army, are expected to attack Jarablus from inside Turkey in the next few days, said the rebel official, who is familiar with the plans but declined to be identified. “The factions are gathering in an area near the border (inside Turkey),” the rebel said.

Jarablus, located on the western bank of the Euphrates river, is the last significant town held by the Islamist terror group on Syria’s border with Turkey. It is 34 miles east of al-Rai, a border town the same rebel groups recently took from Islamic State.

By taking Jarablus themselves, the rebel groups would preclude an assault on the town by the Syrian Democratic Forces (SDF), a group of Kurdish-dominated militias who on Aug. 6 took Manbij, a city 20 miles to the south, from IS.

Turkey, an important supporter of the FSA groups, is worried that Kurds are using the SDF’s westwards expansion against IS to extend their influence across northern Syria. The SDF already holds the eastern bank of the Euphrates opposite Jarablus.

On Saturday, Turkish Prime Minister Binali Yildirim said that Ankara would play a more active role in addressing the conflict in Syria in the coming six months to stop it from being torn along ethnic lines.

Islamic State has pulled personnel out of Jarablus in recent days, the rebel leader said. On Friday, families of IS terrorists were evacuated from Jarablus and the nearby city of al-Bab, to the group’s stronghold of Raqqa, a war monitor said.

The operation aims to effectively end Islamic State’s foothold at the Turkish border, the official said, adding that the operation in the town would difficult. “There will certainly be resistance. They will have mined it heavily,” he said. “The operation of entering Jarablus will not be easy.”