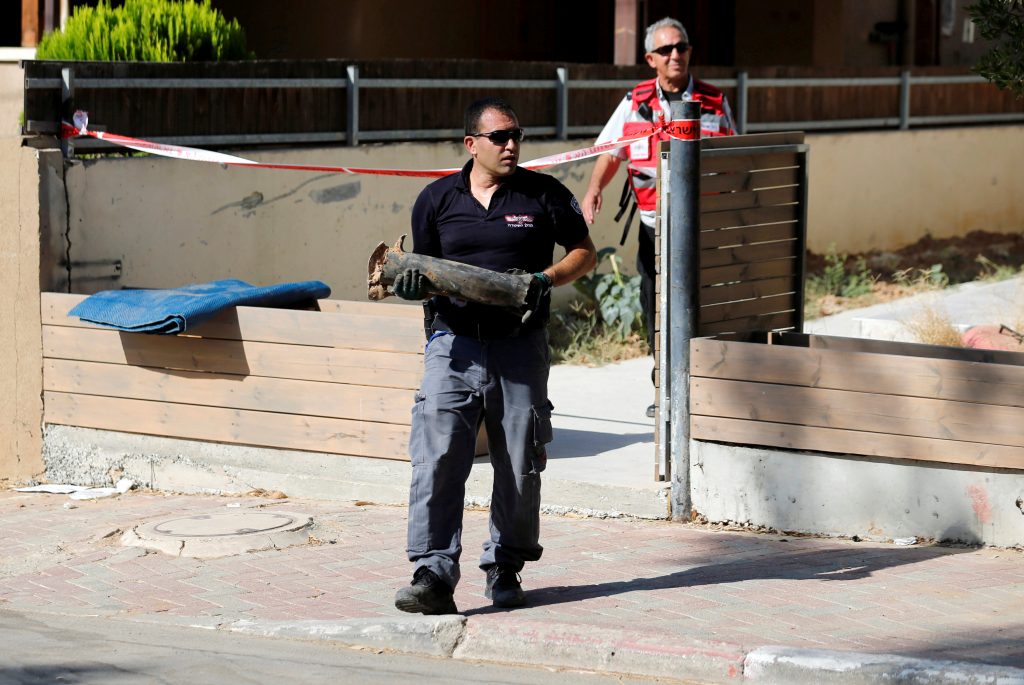 A rocket, fired from Beit Hanoun in the Gaza Strip, exploded in Sderot Sunday afternoon. The rocket struck next to a residential building inside a populated neighborhood, causing damage. No casualties were reported.

Rocket alert warning signals were heard in the southern towns of Sderot, Nir Am, Gevim and Ivim.

An Israeli shell damaged a Beit Hanoun water tower and there were no casualties, local residents said.

Hamas officials said that a training camp in northern Gaza was also targeted, but the camp had been evacuated after the rocket was fired in anticipation of an Israeli reprisal.

Israel holds Hamas responsible for all attacks emanating from the territory since Gaza is ruled by Hamas.