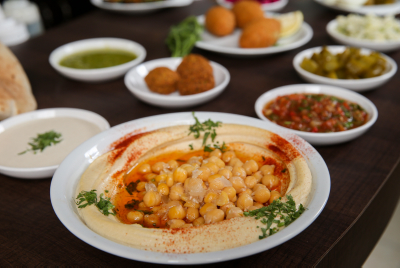 Prepared salads such as hummus and tehina – the very products most affected by the food contamination scandal – are among the top Israeli products bought by PA Arabs.

Ibrahim al-Qadi, a top official in the PA Economy Ministry, said that the contamination proves that Israeli products are of low quality. “We can better supervise local production to ensure that it is safe and meets the relevant guidelines,” he added. However, he added, there were few salmonella-tainted Israeli products on PA store shelves; one of the culprits in the scandal was the Shamir salad firm, which is based in Barkan in central Shomron – and the PA has long had a law in place banning Israeli products made by Jews in Yehudah and Shomron.

Oddly, those calling for a boycott said that PA Arabs should continue to buy products from Nesich, the raw-tehina producer whose product was found to be the main culprit in the tainting scandal. That’s because the company is partially Arab-owned, the Consumer’s Union said. Arab-made products, the group said, “naturally follow the regulations of the PA.”