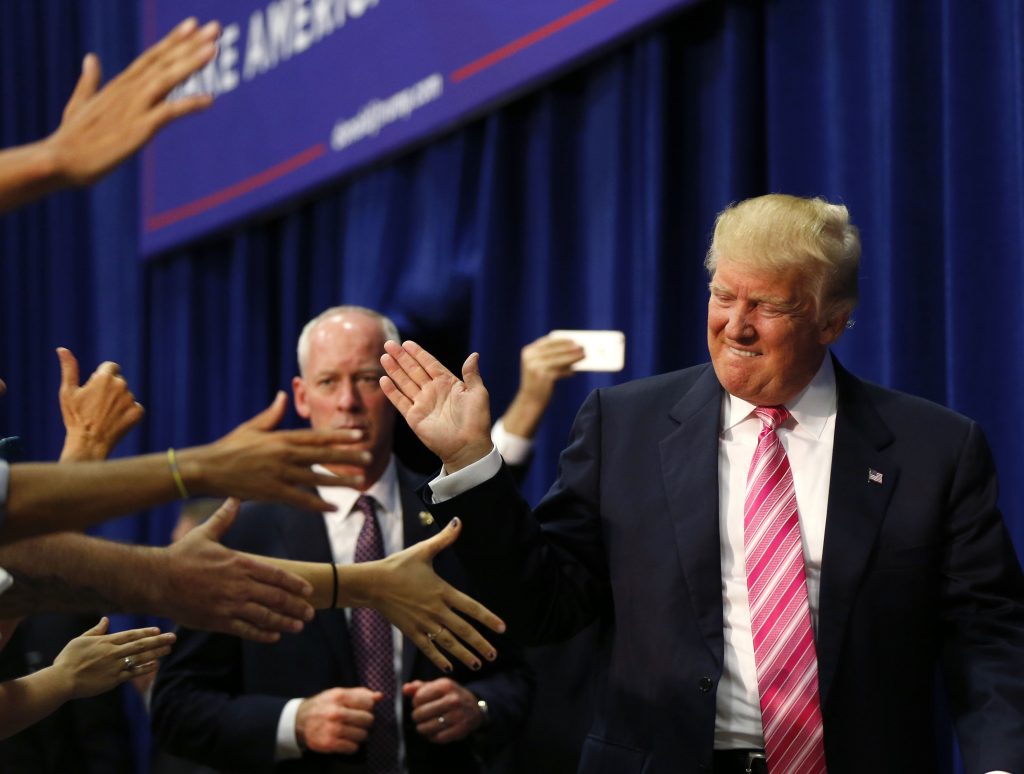 After a tumultuous stretch of gaffes and falling poll numbers for Donald Trump, top GOP campaign and party officials insisted Sunday that their presidential nominee is getting back on track and will catch up with Democrat Hillary Clinton by around Labor Day.

Clinton campaign officials dismissed the idea of a changed Trump as nonsense.

“Donald Trump has been disciplined and mature. And I think he’s going to get this thing back on track,” said Reince Priebus, the Republican National Committee chairman.

Polls now mostly show Trump lagging Clinton by five percentage points or more nationally, but Priebus predicted they will tighten up and Trump will be “ahead as we move through September.”

Trump’s new campaign manager, Kellyanne Conway, echoed Priebus’ optimism, contending that the candidate just had the best week of his campaign, “mostly because he’s able to be himself, the authentic Donald Trump” and “the pivot that he’s made is on substance.”

Conway, who supported Trump rival Ted Cruz during the primaries, was named to her post last week in a shake-up in which the campaign chairman, Paul Manafort, resigned and conservative media firebrand Stephen Bannon, who led Breitbart News, took over as campaign chief executive.

A new style was immediately evident as Trump, in a first, offered regrets for any remarks that had caused offense, stuck with his teleprompter at a series of events, and paid a visit to flood-ravaged Louisiana, where he briefly helped unload a truck of supplies. That type of one-on-one interaction with voters is a staple of most political campaigning, yet something Trump had mostly avoided in favor of large rallies.

Trump also announced his first ad buys of the campaign — more evidence of an acceptance of the traditional campaign elements most experts believe he will need in order to have a shot at winning. He also made a direct appeal to African-American voters, who strongly support Clinton, and insisted he wants the GOP to become their political home as it was in the era of Abraham Lincoln.

Conway, whose background is as a pollster, said the campaign wants to get away from a focus on Trump’s personality and onto the Obama administration’s record, and Clinton as a continuation of what it describes as unpopular policies such as the Obama’s health care law.

“The Hillary people want this to all be about tone and temperament. We also want to it be about facts and figures,” Conway said.

She said that the campaign would work more closely with RNC officials and try to expand the map of competitive swing states from seven or eight to 10 or 11. “Donald Trump is back in Hillary Clinton’s head,” Conway said.

Clinton’s campaign manager, Robby Mook, disputed such claims. “We’re not seeing a pivot. Donald Trump himself said this was not a pivot. He wants to double down on letting Donald Trump be Donald Trump,” Mook said.

Mook kept up his criticism over Trump’s connections with Russia, arguing that despite the departure of Manafort amid questions over his work for a pro-Russia political party in Ukraine, Trump should offer an accounting about his own ties to Russia.

“There are real questions being raised about whether Donald Trump himself is just a puppet for the Kremlin in this race,” Mook said.

Trump officials criticized the Clintons’ charitable foundation in the wake of its announcement that it would not accept donations from foreign contributors if Clinton were elected president.

Mook defended the foundation’s work, insisting it is saving lives around the globe through vaccine work.

Conway, Mook and Priebus were interviewed on ABC.