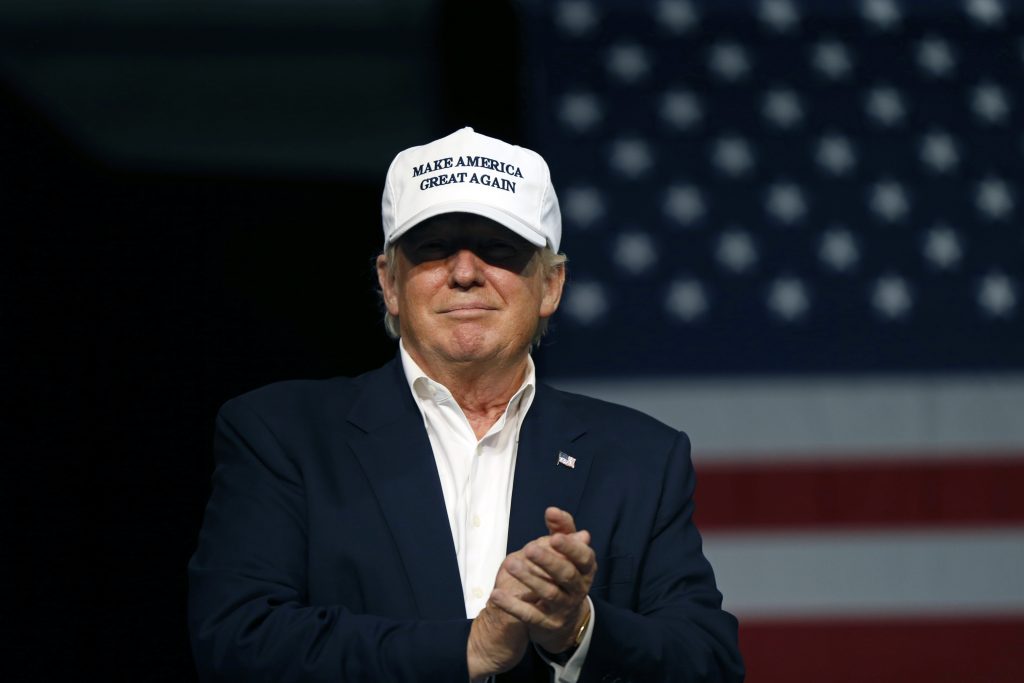 Donald Trump is on the clock.

He has about 80 days to reset and rally a presidential campaign that’s done little but stagger since the close of the Republican convention. The GOP nominee’s allies say the celebrity businessman and his new leadership team are “laser-focused” and ready to direct the billionaire’s venom against Democratic Hillary Clinton.

“This has been one of the best weeks the campaign has had,” said Sean Spicer, chief strategist at the Republican National Committee.

For much of the past year, Trump has ignored the tools of modern-day presidential campaigns. That’s a big reason why Trump’s Republican critics are skeptical their party’s nominee has the time or discipline to rescue his struggling White House bid.

“The Trump campaign is at a ludicrously high disadvantage,” said Dan Senor, a former adviser to 2012 GOP nominee Mitt Romney and House Speaker Paul Ryan, R-Wis. “The Democrats have something that the Republicans don’t: They have a nominee that’s built a real campaign organization.”

While Trump did bring in a new set of advisers in the past week, it appears all but certain his comeback strategy cannot benefit from the proven building blocks of winning campaigns, especially when compared with the structure Clinton has assembled.

Trump has few loyal staffers devoted to his election working in the tightly contested states that will decide the election; little early investment in the data operation needed to help ensure his supporters vote; and no significant effort to take advantage of early voting, which begins next month in some states.

If not for the Republican National Committee’s staff, Trump would have a skeleton presence in the most competitive states.

Only in the past week did Trump place his first round of general election advertising — nearly $5 million for broadcast commercials in Florida, Ohio, Pennsylvania and North Carolina.

By contrast, Clinton’s campaign has spent more than $75 million on ads in the weeks since she effectively locked up the nomination in early June, according to Kantar Media’s political ad tracker.

Out of time to build a campaign to match Clinton’s, the team at Trump Tower will by necessity focus on a broad messaging effort to capture the attention of voters and try to highlight Clinton’s shortcomings. For now, Trump finds himself behind Clinton in preference polls in nearly every battleground state.

“This new team will be very, very aggressive. They understand the nature of taking on the left,” said former House Speaker Newt Gingrich, a Trump ally. “They will be on the attack.”

That team includes Stephen Bannon, a combative conservative media executive with no presidential campaign experience, and pollster Kellyanne Conway, who has known Trump for years. The campaign chairman, Paul Manafort, resigned on Friday amid scrutiny of his past work for Ukraine’s former pro-Russian political leaders.

Bannon and Conway will have money to work with. In July, Trump raised more than $80 million for his campaign and allied Republican Party groups, his campaign has said. That’s just shy of the $90 million that Clinton’s aides said the nominee collected in July for her campaign and fellow Democratic committees.

The goal for the Trump campaign’s leaders is not to tame the candidate’s passion, according to Trump’s allies, but to refocus his attacks on Clinton. The hope is that Trump can avoid the missteps that have defined his campaign since the end of the conventions, including a public feud with an American Muslim family whose son was killed while serving in the military in Iraq.

“Unfortunately, it took them two months to figure out that Donald Trump is Donald Trump,” former Trump adviser Barry Bennet said of Manafort and his team. “He’s the bulldozer candidate. What you need to do is aim him at an immovable object, not try to change him.”

That approach was evident Friday. Trump began with a visit to flood-wreaked Louisiana and ended with a measured, but pointed rally in Michigan. He took on Clinton and her strong support among African-Americans, and contended that his rival would rather give jobs to refugees than American citizens. Trump accused Democrats of taking advantage of black voters while failing to offer them new jobs, better schools and a way out of poverty.

“It’s time to hold Democratic politicians accountable for what they’ve done for these communities,” he said, adding, “What do you lose by trying something new like Trump?”

Clinton had no intention of letting Trump’s messages pass politely. Within hours of his speech, she posted: “This is so ignorant it’s staggering.”