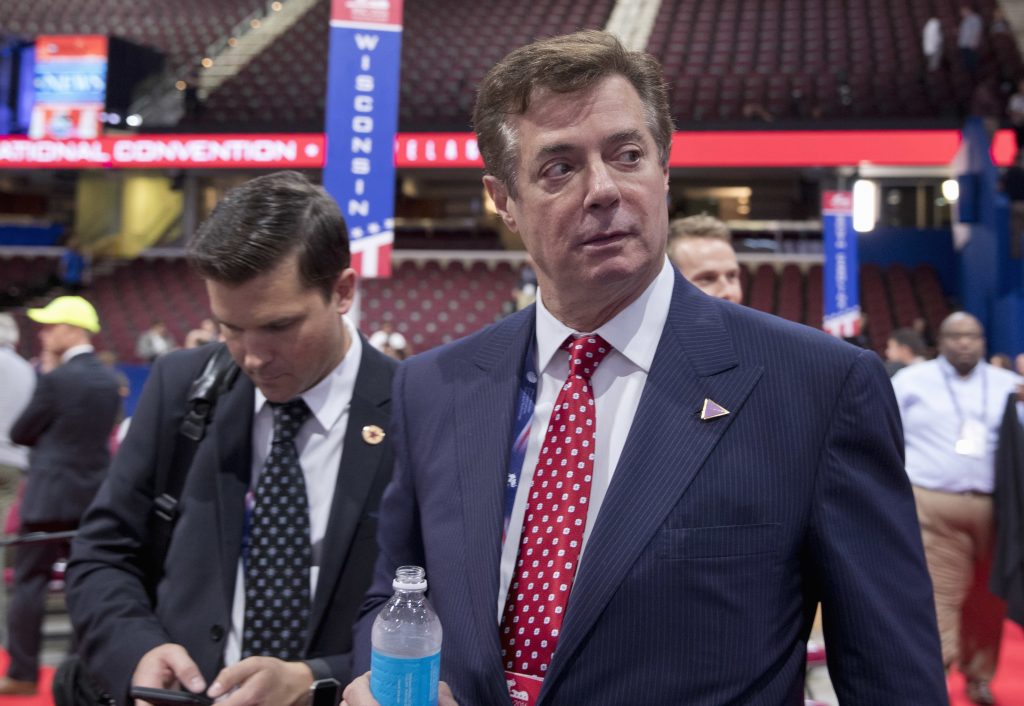 Donald Trump’s campaign chairman Paul Manafort resigned on Friday in the wake of a campaign shake-up and revelations about his work in Ukraine.

In a statement issued as he arrived in Louisiana to tour the flood-ravaged state, Trump said Manafort offered his resignation Friday morning. The billionaire called Manafort “a true professional.”

“I am very appreciative for his great work in helping to get us where we are today, and in particular his work guiding us through the delegate and convention process,” Trump said.

Manafort’s resignation comes a day after The Associated Press reported that confidential emails from Manafort’s firm contradicted his claims that he had never lobbied on behalf of Ukrainian political figures in the U.S.

The effort included not just legislative outreach but also attempts to sway American public opinion and gather political intelligence on competing lobbying efforts in the U.S.

Manafort and Gates never registered as foreign agents for their work, as required under federal law.

Earlier this week, Trump brought in a new campaign chief executive and campaign manager following a disastrous stretch in which the New Yorker committed a series of errors and fell behind Democratic nominee Hillary Clinton in both national and battleground-state preference polls.

The new campaign manager, Kellyanne Conway, had described Manafort and Gates as part of a new “core four” atop the Trump operation with her and CEO Stephen Bannon.